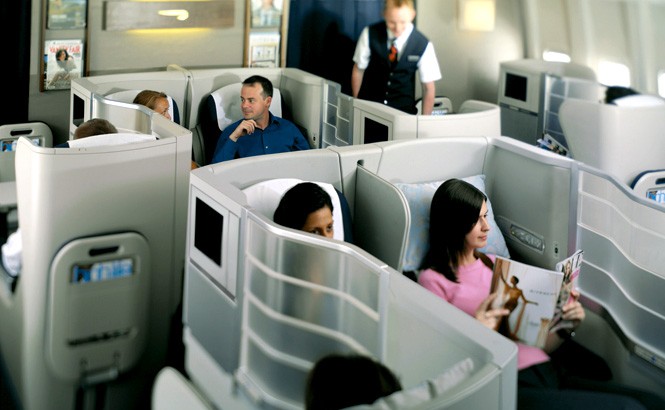 Every loyalty program is different with regard to earning and redemption, so it pays to understand what you’re getting into before you sign up. Even within one program there’s a wide range of ways to redeem points, some much more lucrative than others. With that in mind, here is a quick guide to help you get the best deal when redeeming your free flights.

1. CHOOSE THE BEST REWARD PROGRAMS
This depends on each individual’s circumstances, travel, and spending patterns, and what the ultimate goal is for the accumulated points. Generally, earning primarily with the carrier one flies most is the way to go—and that usually means the dominant carrier at one’s home airport. First, there are the benefits of elite status with the airline if you fly frequently enough. Then again, if you’re not flying enough to get elite status, earning miles in another program within the alliance of your preferred carrier can also be an option. In the globalized world of airline alliances, this is an increasingly beneficial option, and can mean substantial savings. For example, if a Hong Kong–based flier earns points in Cathay Pacific’s Asia Miles program, when it comes time to redeem a free flight, they will be hit with a fuel surcharge, adding cost to that free ticket. However, if they had docked their miles in fellow Oneworld member American Airlines’ program, no fuel surcharge would be applicable because U.S. carriers, for the most part, do not add these charges on to reward flights. British Airways’ program, on the other hand, does pass on fuel surcharges on free tickets, but a recent change to their rules has meant that some shorter routes require half the miles for a free ticket redemption (great for flights up to four hours within Asia).

2. BE SURE TO DIVERSIFY
It’s worth diversifying one’s mileage interests, and credit cards can be a great way to keep options open. American Express, for example, has its own points program, Membership Rewards. These are given out based on spending and are then banked with American Express, from where they can be transferred to a number of airline partners. This can be particularly valuable when it comes to finding a reward seat and your first choice of airline/alliance has no availability—having multiple airline transfer partners can mean the difference between finding a free seat and not.

3. IT’S WORTH WAITING
There’s a popular myth that free seats using miles are best obtained one full year out, or as soon as airlines load their schedules. This can sometimes work, but with seating inventory becoming increasingly more dynamic, free seats are now continually added and removed. As such, many airlines will now open up free seats, especially in business and first class, only at the last minute. So it pays to check back if no seats are available initially, and know that there’s an element of chance to everything. And there’s nothing quite as satisfying as booking a free seat in long-haul first class a couple of days before departure.

4. GET ON THE PHONE
Partner airlines are very much your friends when it comes to finding a free seat, and it’s useful to keep in mind that while many airlines offer online booking of reward seats, a number don’t show partner flights in the online booking engine. Instead, a phone call will be necessary to access the full range of airlines. One notable exception is All Nippon Airways (ANA), whose website lists almost all available partners within the Star Alliance, plus a few others as well.

5. FIRST CLASS FOR FREE
The holy grail of mileage redemption can actually be surprisingly easy to attain. If you’ve accrued enough miles, there are several airlines in Asia that offer quite a bit of space up front for reward tickets. Cathay Pacific (Oneworld) tends to have great availability, as does Thai Airways (Star Alliance) and even Korean Air (SkyTeam) on its new A380 aircraft.