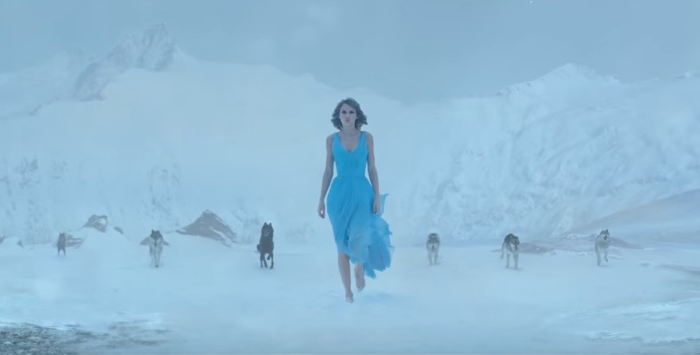 Taylor Swift in New Zealand's Southern Alps for her music video of "Out of the Woods".

Pop sensation Taylor Swift on New Year’s Eve dropped her latest music video for her track Out of the Woods, off the 1989 album, much to the excitement of fans—and particularly Kiwi fans. Shot in New Zealand, the video was as much a visual interpretation of the song as it was a showcase of some of the country’s beautiful spots, with the filming of the video itself sparking a lot of social media conversations among fans trying to spot the the artist. From the Bethells Beach in Auckland to the Southern Alps, the video sees Swift in a beautiful blue dress singing her woes against the backdrop of the country’s stunning scenery.

Jumping on the Taylor Swift fever, Air New Zealand this week launched a special contest on its Facebook page, challenging fans to rewrite their favorite Taylor Swift track with lyrics about safety instructions.

“We have a blank space we need you to fill, as we’ve got a special Safety Mission for you,” the airline wrote on its page. Launched for US residents, chosen participants will win two round-trip tickets to Auckland, with accommodations included, as well as two tickets to see Taylor Swift in concert this year.