Above: AirAsia recently launched a route between Bangkok and Wuhan.

The Thai arm of AirAsia has confirmed it will begin a new service from Bangkok to the historic Chinese city of Xi’an. The service will be daily, with the first flight scheduled to take off on November 16 from Don Muang Airport.

Xi’an, one of China’s four ancient capitals, is perhaps most famous for its extraordinary Terracotta Warriors—buried with the first emperor of China to protect him in the afterlife—but the city is also the eastern terminal of the Silk Road and home to the Great Mosque of Xi’an, which was founded in 742 and constructed in purely Chinese style.

To promote the fare, AirAsia is offering one-way flights for as little as US$60, inclusive of tax and surcharges. Passengers must book before September 24 for travel between November 16 and September 30, 2013.

Below: Xi’an’s Muslim quarter by night. The carrier has had to respond to the skyrocketing price of jet fuel driven by Russia’s war with U... 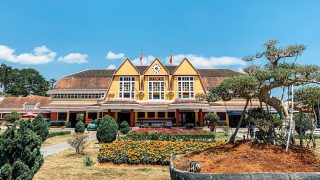 Travelers based in the Malaysian capital can look forward to one-way fares as low as RM 154.