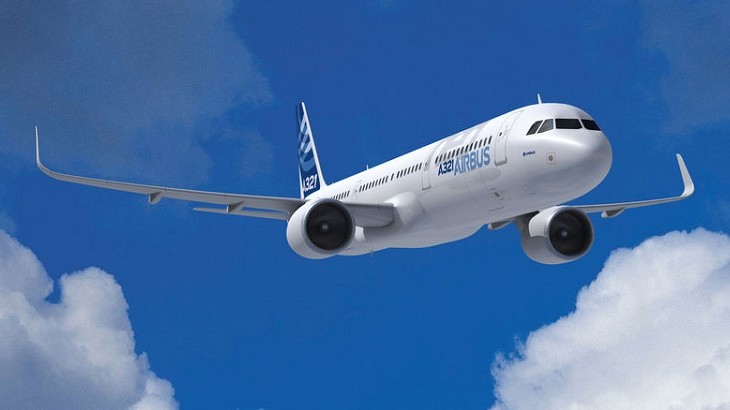 The aircraft took off for the first time for a 29-minute flight over Hamburg.

Airbus’ new A321neo, the largest version of the new fuel-efficient single-aisle aircraft series, on February 9 completed its first flight above Hamburg as part of an experimental test program expected to continue until later this year. The new aircraft operates on new engines as well as other aerodynamic improvements that will deliver up to 20 percent improvement in fuel savings. Aside from those, it also incorporates ‘Sharklet’ wing-tips and an improved cabin for a better flying experience. So far, 1,094 order for the model have been made, with American Airlines, Wizz Air, Turkish Airlines, Lion Air, Lufthansa, and Korean Air as the biggest airline customers. The new A321neo will be able to carry an estimated number of 206 passengers in a two-class configuration, although a high-density design of the aircraft for low-cost carriers may be able to fit up to 240 economy-class seats.