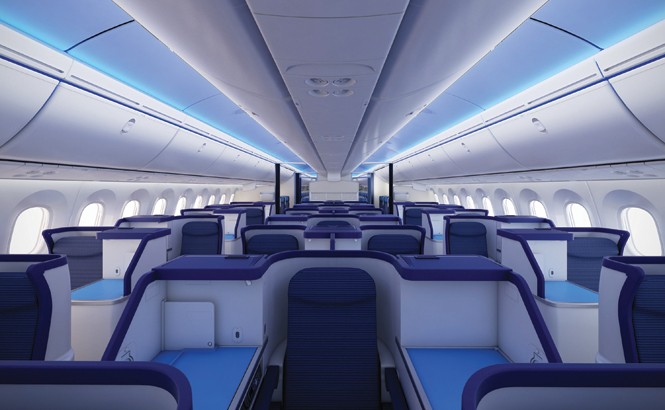 The premium cabin aboard one of All Nippon Airways’ long-haul Boeing 787s.

All Nippon Airways will launch direct flights between Tokyo and Mexico City in the second half of 2016 as it responds to an increasing demand from business travelers for flights to Mexico, a production base for automobiles. The airline will be flying daily trips between the two cities using its Boeing 787-8 aircraft, although information on flight schedules has yet to be released. Today, only Mexico’s flag carrier, Aeromexico, flies direct between Tokyo and Mexicoty City, with four flights per week, making ANA the first Japanese carrier to serve the route since Japan Airlines pulled the plug on direct flights to the country in 2010.