Tianjin Airlines Goes Down Under

Tianjin Airlines has launched a new route directly from Melbourne to Chongqing, also its first transcontinental air route to Australia.

Served by an Airbus A330-300, flights will depart Chongqing at 10:10 on Tuesday, Thursday and Saturday, arriving in Melbourne the following day at 11:40; while the return leg will leave Melbourne on Wednesday, Friday and Sunday at 13:40 for arrival back in Chongqing at 21:40.

Come January 29, 2018, Tianjin Airlines is set to launch a new route from Sydney to Tianjin via Zhengzhou. From February 2018, Thai AirAsia will fly to two destinations in China from its hub at Bangkok’s Don Muaeng Airport, namely Chengdu and Kunming.

In addition, the airline will increase frequencies to three other Chinese cities in its network— Xi’an, Kumning, and Guangzhou—from once to twice daily.

Sydney will be the launch destination for the Malaysian medium-haul airline following its restructur... 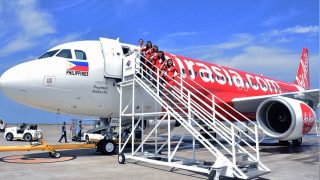