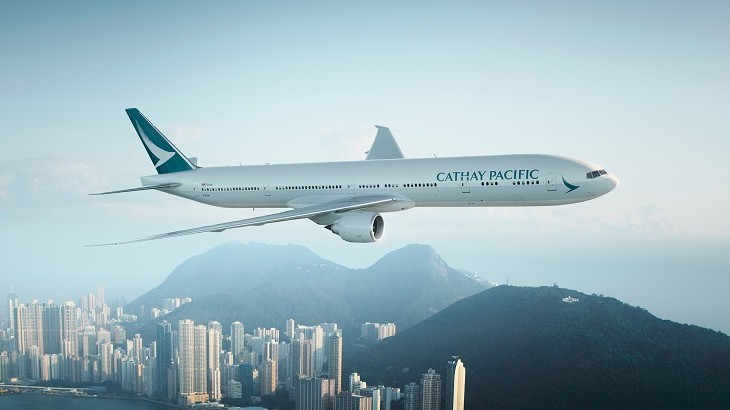 Cathay Pacific's new and simplified livery will be progressively rolled out in the next five years.

Cathay Pacific this week unveiled a brand new livery which marks the airline’s foray into a new era and will be rolled out to all of its aircraft in the next five years. During an event held at the Hong Kong International Airport, the carrier showcased the livery on its Boeing 777-300ER, which boasts a much sleeker design, with a simplified color palette and a larger display of the Cathay Pacific brand and brushwing on the nose, fuselage, and the tail of the aircraft.

“Today represents the beginning of a new era for Cathay Pacific,” Cathay Pacific chief executive Ivan Chu said. “We are very happy and proud to unveil our new aircraft livery which represents our journey in the future and also celebrates the many great things we have achieved over the past seven decades as the home carrier of Hong Kong.”

In a statement, the carrier cites the new livery as a symbol of its commitment to Hong Kong, its home city, and a promise to offer a “life well-traveled” for customers, highlighting several upcoming developments, such as the introduction of Cathay’s Airbus A350 fleet, products and services enhancements, as well as a network expansion. The Airbus A350 will be the first fleet to launch with the new livery, while the airline’s existing fleet will be repainted over the next five years.