Hong Kong’s flag carrier has announced that its custom-brewed Betsy Beer will soon be available on flights to Europe, Canada, the United States, Japan, New Zealand, and Israel.

The airline said the beer, named after its first aircraft—a Douglas DC-3 that was operational in the 1940s and 1950s—was well-received by passengers. It will now be served in first and business class on flights from Hong Kong to Europe (except the United Kingdom) this May and June; on its outbound services to the US and Canada in July and August; on Japan-bound flights in September and October; and on its routes to New Zealand and Tel Aviv, Israel in November and December.

Customers who book their flights via the Cathay Pacific website will also receive a complimentary Betsy Beer at Hong Kong International Airport’s PizzaExpress Restaurant from May 15 to June 30 until stocks last. 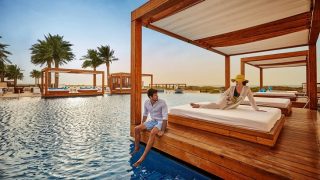