China Airlines will start a new direct route between Taoyuan, Taiwan, and Busan, South Korea, on September 1 in a bid to boost tourism between the two destinations. Taiwan’s largest carrier will operate one flight in each direction every day except for Friday using a Boeing 737-800 aircraft. The flight will last for a little more than two hours and cut out a stop in Seoul.

The new flights will bring the airline’s total Taiwan-South Korea flights to 27 per week, including 11 flights between Taoyuan and Incheon, seven between Kaohsiung and Incheon, and three between Taipei Songshan Airport and Gimpo, China Airlines executive John Chang said in a press release. 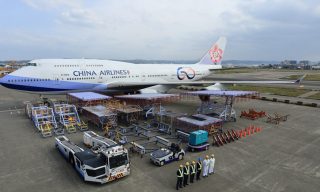 These preventive measures are meant to limit the risk of coronavirus infection by reducing unnecessa...