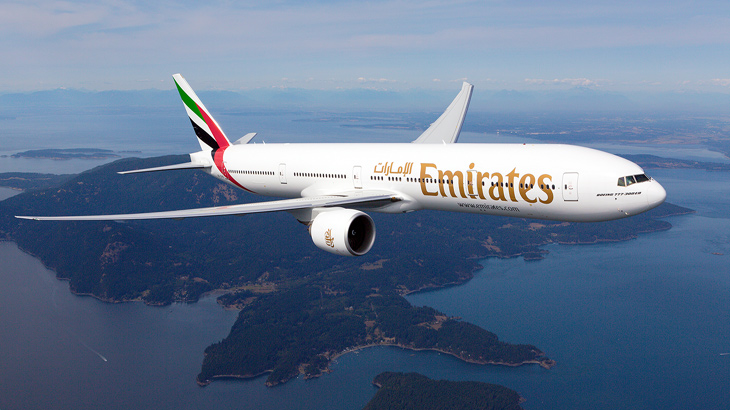 Emirates has recently announced that it will begin operating a new Dubai – Athens – Newark route come March 12, 2017, complementing its existing four times daily service between UAE’s most populous city and JFK International Airport in New York. Flown with the airline’s wide-body Boeing 777-300ER, the new service will accommodate up to 354 passengers in a three-class configuration, and is set to mark the first year-round daily direct service between the United States and Greece since 2012.

“We are pleased to be able to help meet a strong consumer need long neglected by other airlines, and we would like to thank the authorities and our partners in both the US and Greece for their support of the new route,” explained Emirates president Tim Clark. Flights will depart Dubai at 10:50 a.m., landing in Athens at 2:25 p.m. prior to its departure for Newark at 4:40 p.m. The service is then scheduled to arrive in the U.S. at 10:00 p.m. The return leg will take off from Newark at 11:45 p.m. and arrive in Athens at 3:05 p.m. the next day, heading to Dubai from Athens at 5:10 p.m. and finally touching down in the UAE at 11:50 p.m.

Any thoughts on Emirates’ upcoming route?