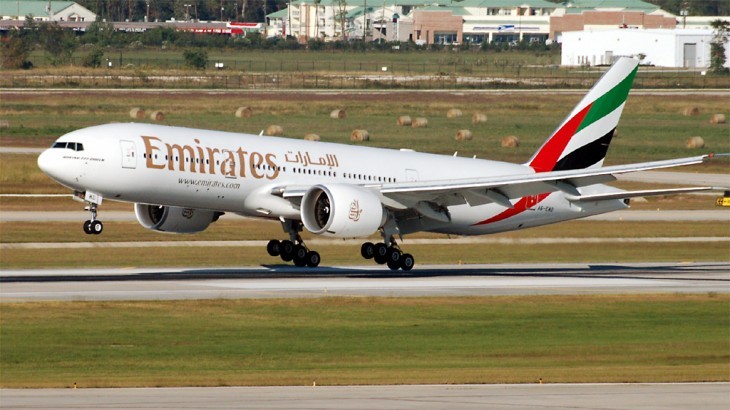 Emirates flew the A380 its inaugural Dubai–Auckland flight before switching to the Boeing 777.

Starting March 2, passengers traveling on Emirates from Dubai to Auckland will be flying the world’s longest flight as the carrier announced plans to launch direct service connecting the two cities that accumulate at 17 hours, 15 minutes and cover a distance of 8,800 miles. The service will be slightly shorter than the carrier’s upcoming Dubai-Panama service, which is set to have a flight time of 17 hours, 35 minutes when it launches on March 31. The Dubai–Auckland service will use the airline’s Boeing 777-200LR with a three-cabin configuration that comprise eight First Class suites, 42 lie-flat Business Class  setas, and 216 Economy Class seats.

“Tourists, in particular, will now have more options—traveling to Auckland with a stopover in Australia on one of our three daily A380s, flying non-stop direct into Auckland, or flying to the South Island on our daily Christchurch service,” said Sheikh Ahmed bin Saeed Al Maktoum, chairman and chief executive of Emirates Airline and Group.

The competition for the world’s longest route, however, doesn’t stop with Emirates’ upcoming flights. Last week, Qatar Airways CEO Akbar Al Baker said in an interview with Bloomberg Business that the airline is looking to launch a direct service between Doha and Auckland that could run over 18 hours one way.  While its launch schedule has yet to be announced, the airline has reportedly allocated its Boeing 777-LR aircraft for the operation, accommodating a total of 259 passengers. Qantas currently operates world’s longest flight with its direct Sydney–Dallas service that runs a total of 16 hours, 55 minutes.