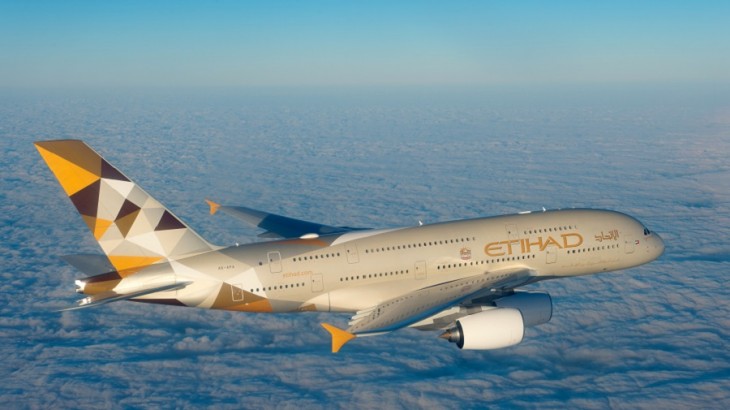 Etihad Airways's A380 is the only airline in the world with a three-room suite.

Etihad’s highly anticipated A380 service to New York made its debut on Monday, touching down down at the city’s JFK along with the airline’s latest luxurious offerings. The A380 aircraft is one of Etihad’s two daily flights to New York, departing from Abu Dhabi International Airport at 3:20 a.m. and arriving in New York at 9:10 a.m. The return service takes off from JFK at 2:20 p.m. and lands back in Abu Dhabi at 12:15 p.m. the next day. Included in the new aircraft is Etihad’s Residence cabin, a three-room cabin priced at US$32,000 one-way, nine First Apartment cabins, 70 Business Studios, and 415 seats in its economy cabin. After London, Sydney, and New York, the carrier is set to launch A380 services to Mumbai on May 1, 2016, and Melbourne on June 1, 2016.