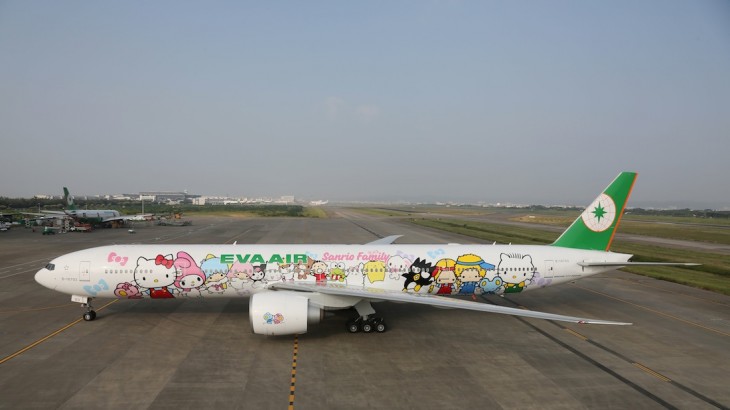 The promotional fare is also available for the carrier's special Hello Kitty flights.

Eva Air has launched two additional flights between Singapore’s Changi International Airport and Taipei’s Taoyuan International Airport, bringing its flight frequency between the two cities to thirteen times a week beginning March 31. The new flights take off from Taipei every Thursday and Saturday at 09:15 a.m. and arrive in Singapore at 2:30 p.m., while returning flights are scheduled to depart Singapore at 3:10 p.m. and land back in Taipei at 08:00 p.m. The Singapore–Taipei route is often used as a connection to North America with short layovers ranging from just 45 minutes to three hours. Guests can fly to Los Angeles, San Francisco, New York, Seattle, Vancouver, Toronto and Houston using the additional flights between both cities. The new services also allows for the increase of frequency between Taipei and Houston from four to six times weekly. In October 10, the airline will operate a total of fourteen services between Taipei and Singapore.

To celebrate its additional service, Eva Air is offering a special promotional round-trip fare from Taipei to Singapore, starting at US$440 and valid for travel until December 31.