The beleaguered airline has put refunds on hold as it restructures. 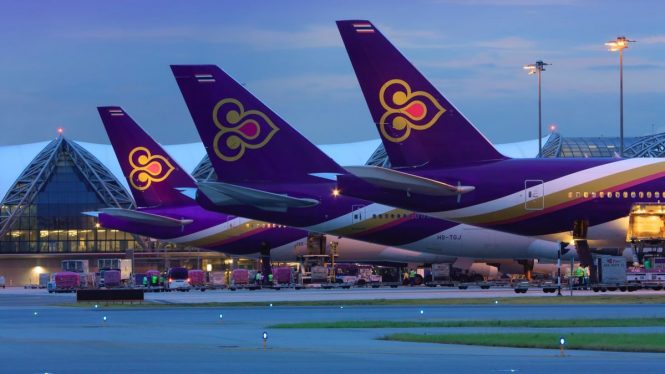 Thailand’s struggling flag carrier, Thai Airways International, has announced it has suspended refund requests for canceled flights while it undergoes a debt-rehabilitation process in bankruptcy court.

“As Thai [Airways] is currently undergoing rehabilitation proceedings through the Central Bankruptcy Court, the company regrets to inform its customers that it is temporarily prohibited from processing any refund requests at this time,” the airline said in a statement posted on its website late last week.

Thai Airways had previously sought 58.1 billion baht (US$1.81 billion) in government assistance to ensure liquidity and help it survive the coronavirus crisis. Instead, on May 19, the Thai cabinet petitioned the state enterprise, which is 51 percent owned by the Ministry of Finance, to restructure under the supervision of the Central Bankruptcy Court.

The airline says it is accommodating passengers who have been subject to flight cancellations or travel restrictions by extending the validity of their tickets or converting their tickets into travel vouchers equivalent in value to the amount paid for their original booking. Requests for refunds can still be made, but they will not be processed for the foreseeable future.

“Further information on the refund process and developments concerning the company’s rehabilitation proceedings will be provided in due course,” the airline said.

Thai Airways had been in trouble even before the Covid-19 outbreak grounded most of its fleet in March. Last year, the 60-year-old carrier reported losses of 12 billion baht as revenues fell despite increased passenger numbers.

With 80 planes and 22,000 employees—all of whom have taken pay cuts of up to 40 percent—Thai Airways said this week it would not resume international flights until at least July 1, pending approval by the Civil Aviation Authority of Thailand.