When the Federal Aviation Administration announced in October that electronic devices could be used gate-to-gate without interruption, travelers rejoiced. Since the announcement, airlines have raced to ready their wireless interfaces for the change with Southwest Airlines leading the pack with the first continuous departure to arrival gate wireless service. JetBlue has always been an early adopter of WiFi services, even if their technology has been criticized as slow and outdated. The airline launched their first in-flight internet back in 2007, and has now released super speedy Fly-Fi service on select aircraft and routes. Fly-Fi is a free amenity for those wishing to “Simply Surf” on standard speeds for the first six months. For passengers looking to stream video, watch Netflix movies, and download apps, upgrade to the paid service for US$9 and enjoy download speeds of up to 12 Mbps. Early reviews of the service is outstanding with some surfers reporting up to 28 Mbps, faster than most WiFi services on the ground. 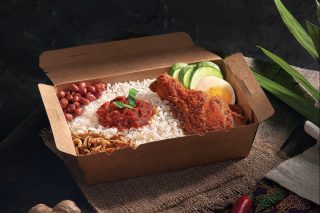 Those living in and around the Malaysian capital can enjoy Southeast Asian dishes from the world’s...