KLM has unveiled its refreshed Business Class cabin, which the airline has renamed its World Business Class, featuring new interiors, full-flat seats, and updated amenities. Industrial designer Hella Jongerius was commissioned for the project, whose designs feature sustainable touches and uniquely Dutch designs. The new color palette of the cabin features KLM’s signature blue, shades of navy, and brown. Carpets were woven from recycled materials including old KLM flight attendant uniforms and sheep’s wool which would have otherwise been wasted. New full-flat seats have also been deployed on select airplanes with additional legroom and privacy screens between guests. The number of seats will be reduced from 42 to 35 on Boeing 747-400 planes, creating additional personal space and privacy. Other updates to the cabin include new lighting, blankets, dual-face pillows for sleeping, cushions, and upholstery. The new design has already been introduced on the fleet’s Boeing 747-400 fleet, with the rest of the fleet projected to be refurnished by the summer of 2014. Along with the refreshed cabins, KLM passengers can look forward to ammenity kits by Dutch fashion designers Viktor + Rolf, tableware by Marcel Wanders, and dining created by Michelin starred chefs Sergio Herman, Margo Janse, and Jonnie Boer. 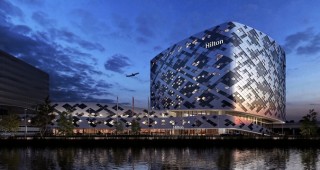 The new Hilton Amsterdam Airport Schiphol is a property guaranteed to leave an impression to guests ... 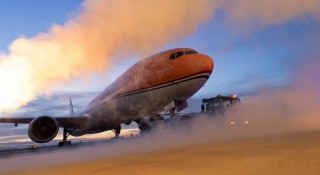