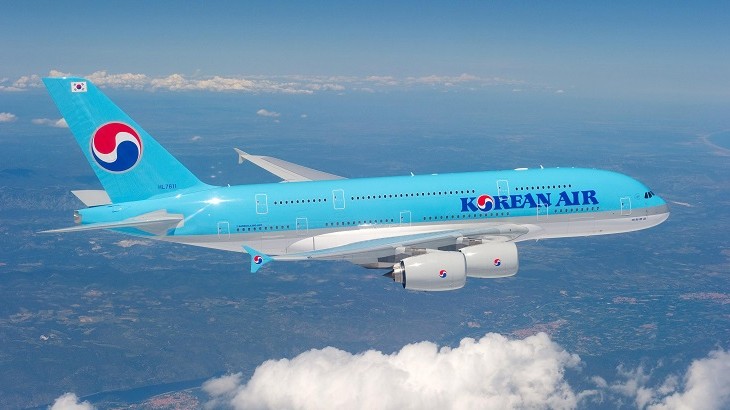 Beginning December 19, Korean Air will start operating its fourth daily flight between Seoul’s Incheon Airport and Bangkok’s Suvarnabhumi Airport, a seasonal service that will run throughout the winter season ad end on March 2, 2016. The airline will utilize its newly launched airbus A380 for the route, departing daily  from Incheon Airport at 6:50 p.m. and landing in Bangkok at 11:55 p.m. A return service will take off at 00:500 a.m. and land back in Seoul at 08:05 a.m. The 407-seat A380 is the largest aircraft in Korean Air’s fleet and will complement the airline’s existing Seoul–Bangkok services currently operated using its Boeing A330, Boeing 747 and a Boeing 777 aircraft.