North Korea’s Air Koryo, the only airline in the world to be rated one-star by Skytrax, has announced plans to expand its operations in Southeast Asia and Europe. The initiative comes despite existing sanctions against the hermit nation and a ban on the airline from flying in the European Union’s airspace. According to the Korean Central News Agency of North Korea, Jo Song Gyu, director of the state-owned International Travel Company, hopes to develop tourism as one of its major industries because of an “[abundance] in tourism resources”. Along with existing routes from Beijing and Shenyang in China and Vladivostok in Russia, Jo said the airline hopes to expand service from Shanghai and Yanji to the nations capital of Pyongyang. Domestic routes are also planned between Pyongyang, Lake Samji, and Wonsan. South Korean newspaper Joongang Ilbo reported earlier this year that the industrial port town of Wonsan was being vetted as a beach resort destination. At the moment a meager 4,000-5,000 Western tourists annually visit North Korea according to AFP news agency. 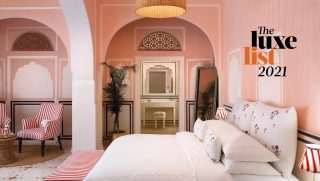