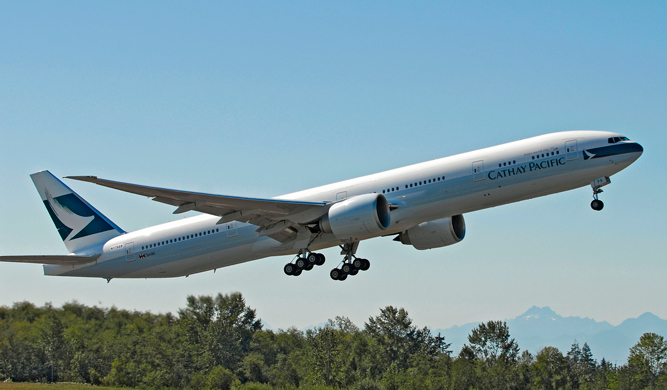 Cathay Pacific announced today that its new “premium economy” class is available for sale for flights departing from April 1, 2012.

The new service class offers bigger seats and a better entertainment system in a quieter, more spacious cabin than traditional economy class. Each such cabin will have about 26 to 34 seats.

The seat pitch is 38 inches, or six inches more than economy, and the seat itself is wider and has a bigger recline. Complementing the seat is a large meal table, a cocktail table, a 10.6-inch TV screen with a noise-cancelling headset, a power outlet, a multipart connector for gadgets, and extra stowage space.

Customers will also get priority check-in at dedicated counters, plus priority boarding, and an increase in baggage allowance from 20kg to 25kg. They’ll also be welcomed with a glass of champagne.

Aviation aficionados can snap up a series of limited-edition collectibles and bottled drinks from th...

Hong Kong’s flag carrier remains wary of the threat of a two-week suspension on any given route.

50,000 roundtrip air tickets will be awarded to fully vaccinated Hong Kong residents of all ages. 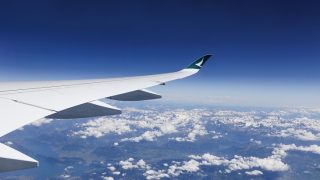