Stay up-to-date with the goings-on in the industry with the latest news from Air France and Qatar Airways.

The hottest buzz during the weekend was Air France’s decision to introduce a carrier devoted to younger passengers—specifically those from 18 to 35 years old.

Called Joon, the brand will start operating medium-haul flights from Charles de Gaulle Airport this fall. In a statement, Air France says, “Joon will not be a low-cost airline as it will offer original products and services that reflect those of Air France.”

Joon’s flight attendants will be dressed casually, in blue mini dresses, jeans, sneakers, cardigans, polo shirts, and coats. In short, the kind of clothes that Gen Ys will wear when they’re trying to catch a flight at the airport. (It’s unclear if flight attendants are required to be millennials, too.) Female flight attendant’s uniform. All photos are from the airlines mentioned.

Jean-Michel Mathieu will serve as the chief executive officer of the hip blue-and-white carrier. No announcements have been made about Joon’s destinations and ticket prices. So, what if a passenger does not fall under the millennial age bracket? Don’t worry—Air France has told CNN that they will allow even non-Gen Ys on board.

Starting February 2018, the carrier will start offering flights from Doha to Canberra via Sydney. The route will be served by a Boeing 777-300ER. Flight QR907 will leave Canberra at 1:45 p.m. and will arrive an hour later in Sydney. It will depart for Doha after an hour, and touch down at the Middle East city at 10:30 p.m.

The airline has also divulged that it will add one extra daily flight to its Doha to Moscow route, bringing the total number to 21 per week. An Airbus A320 will serve the additional route starting August 2. Qatar first started its flights to the Russian capital in 2003. Qatar will add one more flight to the Russian capital.

As an additional proof to its robust growth, it will also start introducing flights to Skopje, Macedonia and Prague, Czech Republic by the end of August. Other destinations that will be added to the company’s lengthy roster this year and in 2018 are Chiang Mai, Rio de Janeiro, San Francisco, and Santiago, among others. 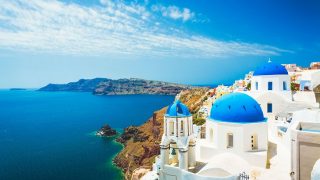 Southeast Asia–based travelers will have a quicker and more comfortable way to reach the Cyclades ... 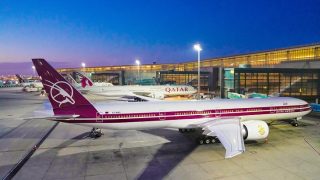