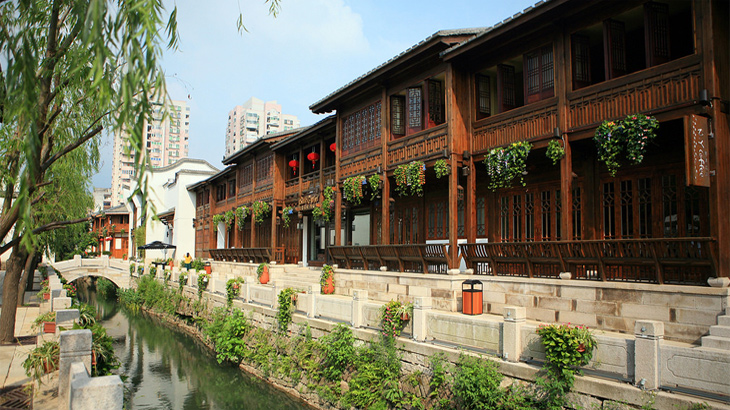 SilkAir has recently added Fuzhou to its destinations, further expanding its route network in China. The brand new service will be served four times a week with the Boeing 737-800, which comprises Business and Economy Class cabins. Flights are scheduled on Mondays, Wednesdays, Fridays, and Sundays, with same-day return. “We are delighted to launch our new flight route to Fuzhou, the capital of Fujian province. We hope that this would open up exciting opportunities for travelers between Fuzhou and Singapore, and also beyond these two major gateways,” said SilkAir’s chief executive Foo Chai Woo. Places of interest in the Fujian province capital include West Lake Park, Three Lanes and Seven Alleys, Pingtan Island, and Xichan Temple.

With this launch, the airline’s network now spans 52 destinations in 14 countries. Passengers on board the inaugural flight were treated to exclusive gifts and certificates signed by the captain and chief executive as a means of celebration. SilkAir is also offering a sweet deal from now until 31 March, 2017: Fuzhou travelers catching another SilkAir or Singapore Airlines flight from Changi Airport can enjoy an airport voucher valued at S$40.

The Lion City’s flag carrier is gradually ramping up its global operations and restoring a few lon...