Swiss International Air Lines has announced it will introduce a daily direct flight between Zurich and Singapore beginning May, 2013.

The new service will add an additional 1,500 one-way seats per week to the route, increasing total capacity by 54 percent.

Operated by the carrier’s 219-passenger A340 aircraft in a three-class configuration, the service marks a return of sorts to the city-state for Swiss, which for decades operated a six-weekly Zurich-Singapore service via Bangkok until its cancellation in 2009.

Singapore is the Swiss flag carrier’s eighth destination in Asia. 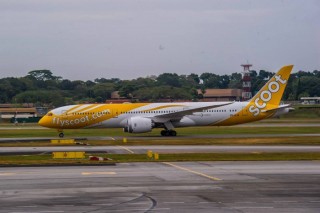 Scoot to Take Over Hangzhou Route from SilkAir

Scoot will be flying from Singapore to Hangzhou five times weekly when it takes over the route from ...