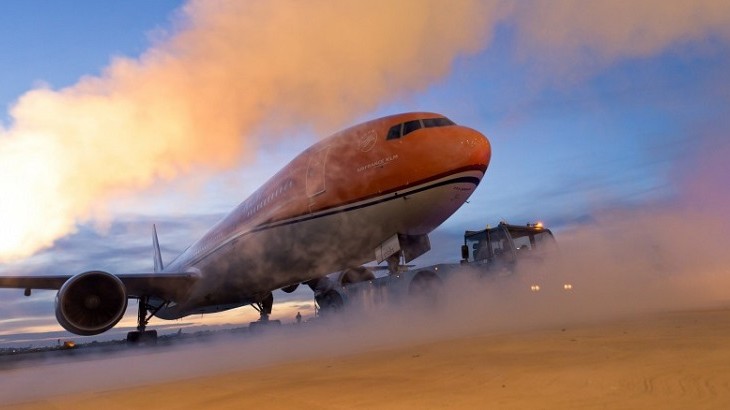 The colours of the Dutch flag have been incorporated in the transition between orange and blue, completing the aircraft’s Dutch image.

In support of the airline’s Dutch roots and emphasis of pride in the national color of the Netherlands, KLM Royal Dutch Airlines has revealed its brand new orange-colored Boeing 777-300. The aircraft will be deployed on routine flights within the network and, whenever possible, during events that offer opportunities to promote the Netherlands. It will debut this summer and will be in operation on the Rio de Janeiro – Amsterdam route during the Olympic games. On 22 August, it will also be used to operate the “Medal Flight” that brings the Dutch Olympic heroes home.