One of Europe’s most walkable cities is anything but pedestrian these days, with a fresh crop of young entrepreneurs  re-energizing the local scene. From a garage-turned-microbrewery to a single-cookie bakery, here are four standouts.

At the end of a brick road running through an industrial area in Amsterdam’s Oud-Zuid, Eric Nordin shuffles into a former garage building. He’s dressed all in black —black sweatshirt, black jeans, black nose ring—in stark contrast to the interior of the nondescript garage. Swathed in white tiles and white brickwork, the space is clean, clinical, like an exhibition-less art gallery or hospital operating room.

“It’s a bit different than most places,” Nordin says. “I didn’t know what to expect, and I actually don’t know how people find their way here. It attracts lots of neighbors, though, which is cool.” He’d worked until 3 a.m. that day; his friends call him The Butcher.

There’s something different about Amsterdam these days. At first loving glance little seems changed in the Netherlands’ handsome capital, a deceptively small city of fewer than 800,000. Through rain and snow, locals still collectively pedal upwards of two million kilometers a day, mostly on classic Dutch roadsters whose wheels rattle and chain-locks clatter on the zigzagging brick paths that line splendid 17th-century canals. The timeless chorus of church bells still echoes across the canal belt, mingling with the maniac ticking of crosswalk signals and soothing whir of trams dutifully gliding through vibrant pedestrian streets. Amsterdam is still Amsterdam: moderate, meticulously organized, quieter than you might think, and eminently cool.

Yet just below the surface, a wave of youthful entrepreneurs are reshaping the city’s identity one new bar, restaurant, and shop at a time. Nordin is one of them, a lanky, long-haired Swede with a shaggy beard who plays drums in a “strangely progressive dark metal” band called Våld. It was along with fellow bandmate Felicia von Zweigbergk and business partner Herbert Nelissen that he started the microbrewery-cum-outsider-art-space called Butcher’s Tears. Heineken this is not.

Opened in late 2013, a year in which some 60 new breweries were launched across the Netherlands, Butcher’s Tears’ blinding-white proeflokaal—tasting room—is a marvel of stripped-down simplicity. Picnic table–style seating designed by local craftsman Jair Straschnow is fashioned from metal and bamboo, while a menu of unfiltered, unpasteurized beers is scrawled in erasable marker on walls otherwise adorned only with arm lamps and von Zweigbergk’s abstract sketches. Behind the bar is a hidden room for art shows, live music, and monthly photo-book swaps.

Nordin is one of just a handful of Dutch brewmasters who make their own beers on-site. Until recently, when Butcher’s Tears installed its own brewing equipment, all of its beers were concocted at host breweries in Belgium. “We have brewed a lot of Belgian-style beers, saisons, and some pale ales, which all work with the hard water in Belgium,” he says. “But I think it’s going to be a lot more experimental here. Ideally it will be an extension of my home brewing, when I just do stuff because I feel like it. I think the real Butcher’s Tears has yet to come.”

Butcher’s Tears distributes to more than 100 bars, restaurants, and bottle shops across the country and in Europe. One of them is buzzy beer-and-brunch hot spot Staring at Jacob, a cozy neighborhood restaurant in up-and-coming Oud-West that takes its name from its location on the corner of Staring-straat and Jacob van Lennepkade streets. It debuted last August as the second collaboration between chefs Anthony Joseph and Noah Tucker, who for the past three years have run the kitchen at acclaimed Amsterdam bistro Restaurant Fraîche.

The pair keeps things simple at Staring at Jacob, where a small seasonal menu features gourmet twists on classic brunch standards. The Tree Hugger, for example, adds Yorkshire pudding, braised kale, and ratatouille to the greasy-spoon mix of home fries and cheese eggs; batter for fish and chips is made with a roasted stout from another new Amsterdam microbrewery, Oedipus Brewing.

“We thought we could keep it reasonable if we didn’t overcomplicate the standards that bring people out for brunch,” says Turner, a transplanted New Yorker whose résumé includes a stint at San Francisco’s Michelin-starred Michael Mina restaurant. “As chefs we approached it as sort of a dinner restaurant in a weird way, by having a main menu instead just a sling fest where you can order, you know, as many eggs as you want however you want them.”

Turner says the restaurant’s design was in part inspired by the Brooklyn-style eateries back home. Furnishings and flooring are made from reclaimed wood, a large chalkboard menu hangs on exposed brick, and a custom wallpaper installation by Israeli-born artist Itamar Gilboa plasters the wall behind the bar. “I just wanted it to feel like a neighbor-hood spot,” he explains. “Comfortable and easy  and accessible, not just for customers but for myself, too.” 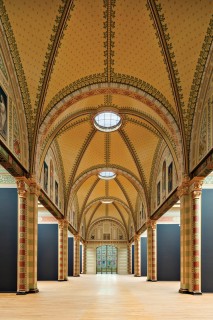 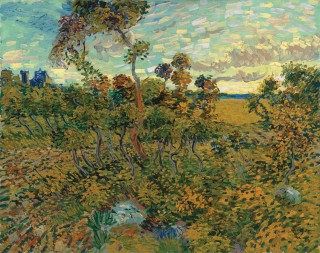 "Sunset at Monmajour" was painted by Vincent van Gogh in 1888, but was long thought to be a fake unt...

The makeover may have taken a decade to complete, but by all accounts, the results are stunning. 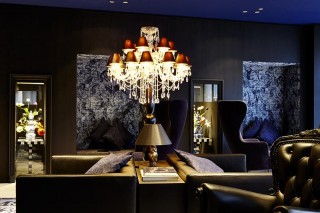 Three hotel newcomers that Netherlands-bound travelers will want to consider.