With New South Wales, Tasmania, and Victoria already open to vaccinated travelers, it’s time to start planning that next trip down under. An added bonus? All three states have plenty of new experiences to enjoy. So read on to discover why Australia should be on your travel wish list for this year. 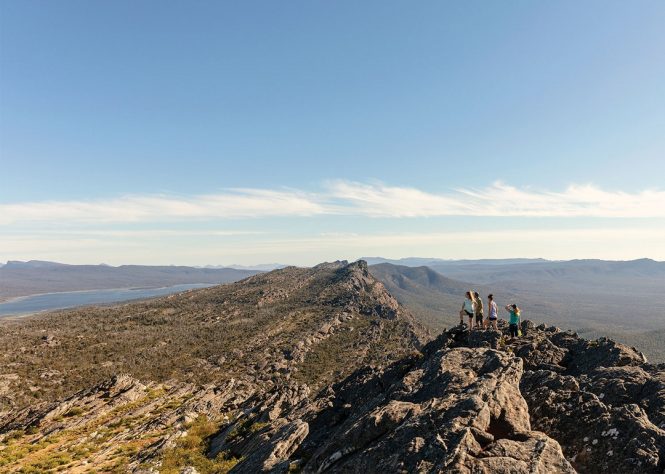 Hikers on the new Grampians Peaks Trail near the summit of Mt. Rosea, with Lake Bellfield in the distance. (Photo: Belinda Van Zanen)

Looking to spend some time outdoors? Then lace up your hiking shoes for an epic endorphin high on the freshly minted Grampians Peaks Trail. This challenging 13-day, 160-kilometer trekking route through indigenous Gariwerd country is not for the faint of heart, but it rewards with dizzying vistas over the Victorian wilderness a few hours’ drive from Melbourne. Visitors can expect dramatic peaks glimpsed along rocky ridgelines, sandstone gorges and gullies, and tangles of native flora that shelter wallabies, wombats, and echidnas. The northernmost peak of the Grampians range, Mount Zero, is your starting point in the north, from which the trail passes over the summit of Mount Difficult, traverses Halls Gap, and continues on to the town of Dunkeld. Pack your tent to pitch at one of the 11 campsites en route, or register for a guided walk with the additional comfort of ending the day in eco-friendly huts outfitted with kitchens and balconies that give way to swoon-worthy views. For those short on time or energy, some sections of the trail can be done as day walks. 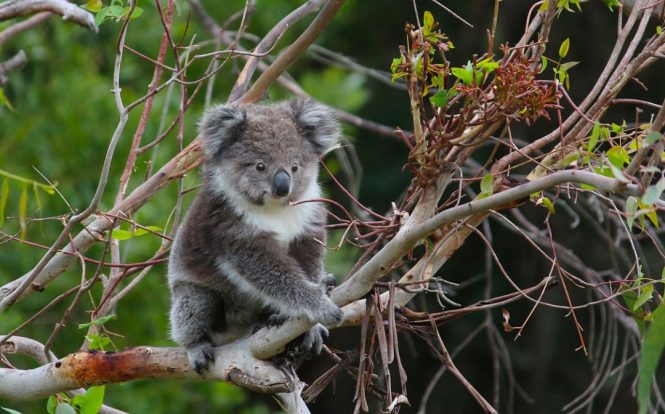 2. Discover the wild side of the Great Ocean Road

Victoria’s most famous driving route is beloved by road trippers for its sleepy seaside villages and dramatic rock formations. Now, thanks to Wildlife Wonders, you can dig deeper into part of this National Heritage–listed stretch of ocean-hugging highway on foot. The company’s 75-minute, naturalist-guided wanderings traverse Great Otway National Park, through ferny gullies of glow-worms and eucalypt woodlands where koalas chill above. 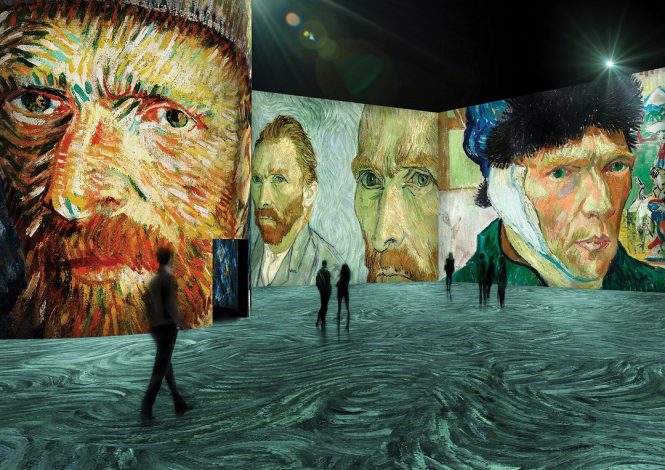 Courtesy of The Lume

3. Immerse yourself in Van Gogh masterpieces

There are art museums—where you tiptoe past paintings and comment in hushed tones—and then there’s The Lume, an immersive digital gallery at the Melbourne Convention and Exhibition Centre. The 3,000-square-meter venue is currently dedicated to Vincent van Gogh, whose larger-than-life works are projected onto floors and walls. The multisensory experience is enhanced with aromas, sounds, and tastes to transport you back to the magical world of the Dutch post-impressionist painter. 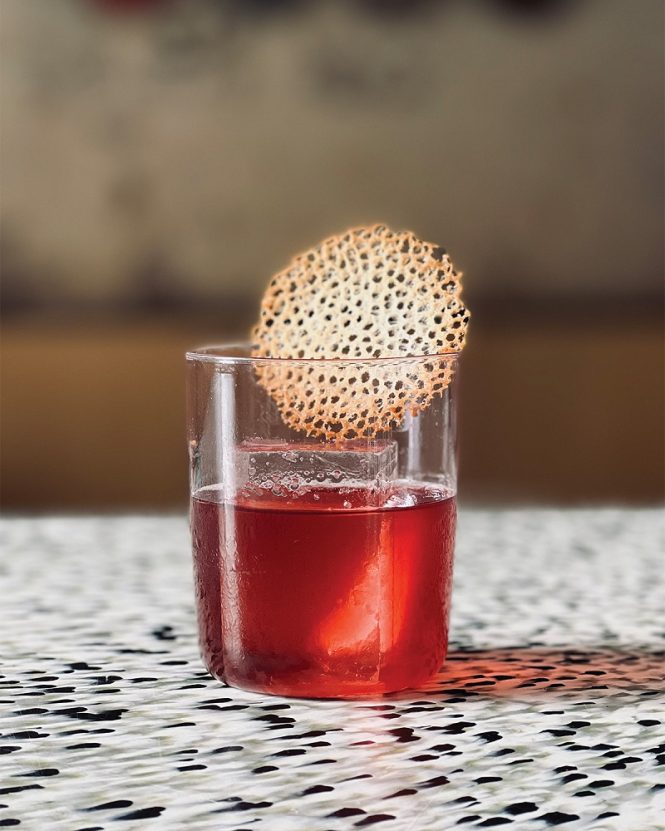 Encompassing a collection of revamped railway sheds, the South Eveleigh precinct has emerged as Sydney’s newest foodie hub, home to the likes of Kylie Kwong’s canteen-style Lucky Kwong and tiny ramen bar RaRa Chan. But the place getting the most attention is Re, which was hyped as the world’s first permanent no-waste cocktail bar ahead of its April opening. Owner Matt Whiley admits that they still have a ways to go on that score, but the results so far are undeniably impressive, from the upcycled interiors to the cast-off glassware and the cocktails themselves, built from rescued fruits and surplus produce. 5. Climb the Sydney Harbour Bridge with an indigenous storyteller

BridgeClimb Sydney is one of the city’s most famous attractions, a three-hour guided walk to the upper arch of the iconic Sydney Harbour Bridge. While the company offers multiple daily ascents, its new Burrawa Climb is available just once a month, and it’s well worth stepping out for. Led by an Aboriginal guide, the eye-opening experience reveals Dreamtime stories and sacred sites most visitors pass without appreciating their indigenous significance. Like the hidden middens at Tallawaladah (The Rocks), and Kai’ymay (Manly Cove), whence Wangal man Woollarawarre Bennelong was lured to become a mediator for governor Arthur Phillip in the late 1700s. While there are 1,332 steps to tackle, your guide’s tales of the city’s pre-European heritage—not to mention the unbroken views from the summit, 134 meters above the water—provide fascinating distractions. 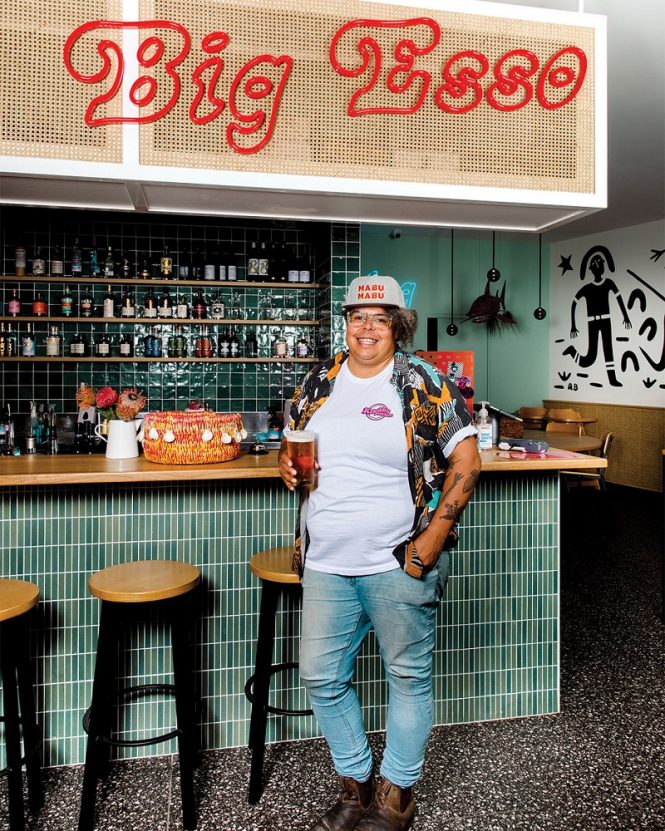 Torres Strait Islander Nornie Bero is passionate about food, and she celebrates indigenous cooking and ingredients at her newest Melbourne restaurant, Big Esso. Many of the dishes are inspired by the food she grew up with on the islands, which lie off the northern tip of Queensland: razor clams with sea urchin bisque and finger-lime caviar, say, or charred emu fillet with molasses, fried sugar cane, and saltbush chimichurri. It’s a dining formula that Bero has perfected for years at Big Esso’s sister café, Tuck Shop, with both establishments supporting indigenous suppliers. And the vibe here couldn’t be any more relaxed—think communal tables with views overlooking Birrarung (the Yarra River), murals by Aboriginal artists, and a soundtrack of tunes by First Nations musicians. 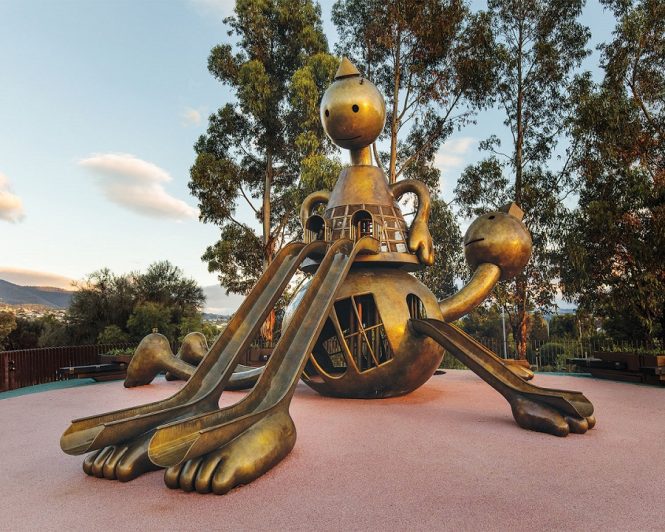 7. Get an eyeful of art at MONA

In 2011, Tasmanian gambler and self-confessed “maths geek” David Walsh opened the Museum of Old and New Art on the riverside north of Hobart, turning art on its head and tourism around. To celebrate a decade of eye-popping installations, MONA unveiled a major revamp to its subterranean galleries last December and installed two new outdoor works: American sculptor Tom Otterness’s cast-bronze Girls Rule (pictured), which doubles as a children’s playground; and House of Mirrors, a labyrinth of seemingly endless mirrors created by Melbourne installation artists Christian Wagstaff and Keith Courtney. Another relatively recent addition is Siloam, a tunnel complex that hosts large-scale artworks by Ai Weiwei, Oliver Beer, and Alfredo Jaar. 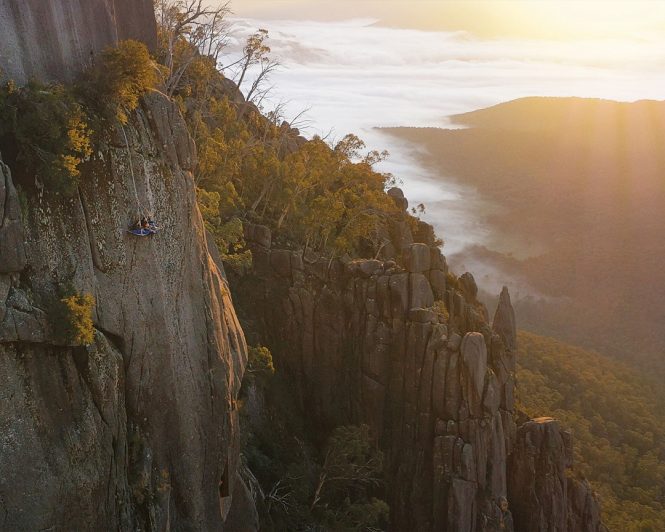 8. Hang out with the world’s highest cliff camping experience

Camping takes an elevated turn with Beyond the Edge, which invites thrill-seekers to abseil down to their accommodation for the night and sleep on a mattress-size portaledge (as in, portable ledge) secured to the face of a sheer 300-meter cliff. The experience—said to be the loftiest of its kind in the world—takes place on the north wall of Mount Buffalo Gorge, a perch that affords sky-high views of the craggy granite tors, waterfalls, and soaring snow gums of Victoria’s picturesque alpine country. This is nature writ large, and aside from the occasional birds darting past, little separates you from the stars. Guides will deliver a three-course dinner toward the end of the day, and return after dawn with freshly brewed coffee and pastries before helping guests with the optional multi-pitch abseil down to the valley floor. While sure to be a hit among avid climbers, this cliff-hanging escapade (available from November to May) is open to any adventure lover, regardless of experience. 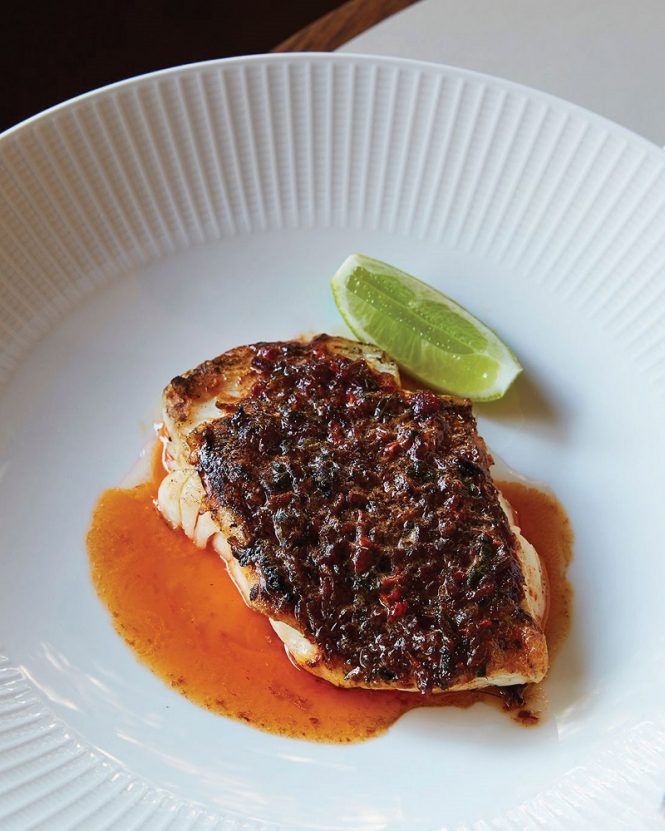 9. Eat at the latest restaurants from top Sydney chefs

Be sure to ride the elevator up to Clare Smyth’s first foray outside the United Kingdom, Oncore, which sits on level 26 of the Crown Sydney in Barangaroo. The chef (who enjoys three Michelin stars at her London restaurant, Core) mingles her Northern Irish heritage with Australian ingredients on a menu that includes Murray cod with clams and lovage, and Shiro Kin wagyu with Sydney rock oysters, all accompanied by sweeping harbor views. Then line up to visit six-seater Kisuke, an omakase joint that appears to have slipped straight from the alleys of Tokyo. Sit down to Yusuke Morita’s immense degustation—including a dozen sushi and sashimi bites— prepared before you. Finally, head east to Double Bay for applauded chef Neil Perry’s latest venture, Margaret. Named after his mother, the Mod Oz offering is a nod to the food Perry ate growing up, with dishes (like coral trout with XO butter, pictured above) featuring hyper-local produce cooked in a wood-fired oven and rotisserie. 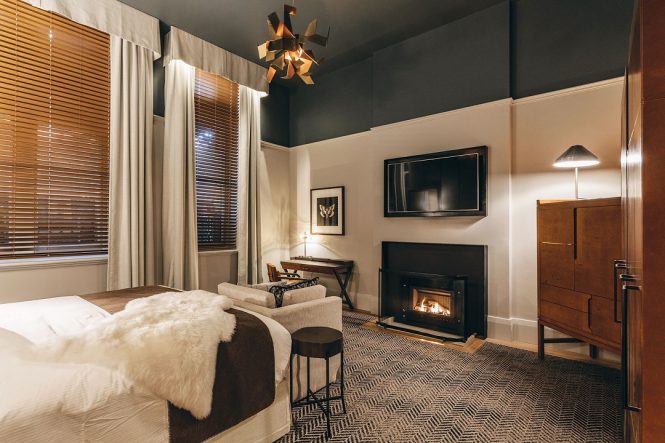 Courtesy of The Tasman

Occupying pride of place in a redeveloped city block in Hobart’s historic waterfront area, The Tasman marks the Australian debut of Marriott’s Luxury Collection. Comprising a 19th-century former hospital, a 1930s art deco building, and a new glass-encased wing, the 152-room hotel is about as luxe as it gets in the Tasmanian capital, with classic yet contemporary interiors, fine Italian cuisine, and an intimate cocktail bar and rare-spirits library. 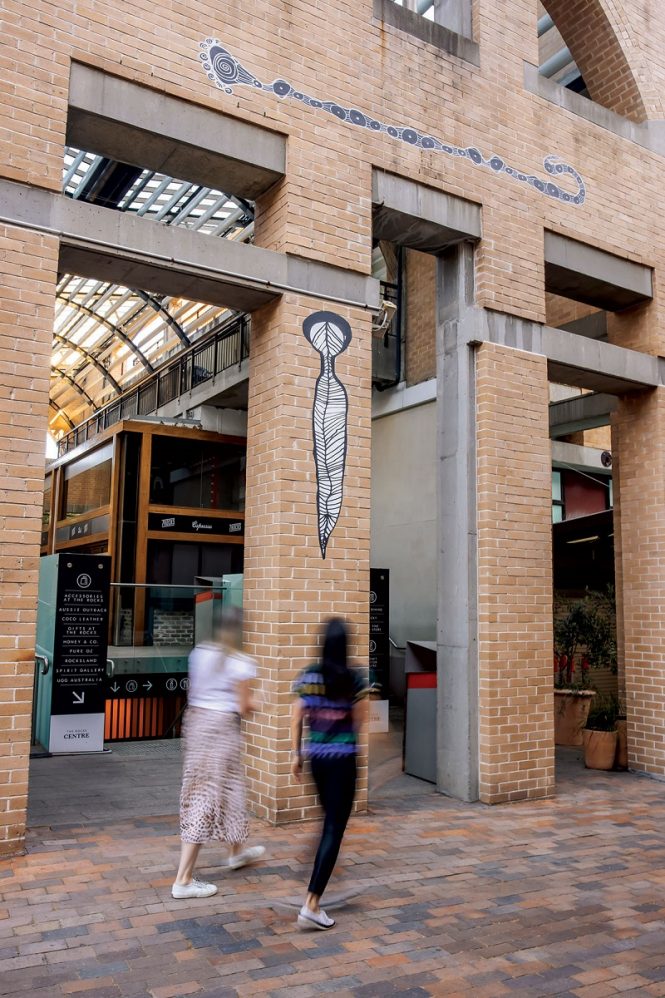 Formerly known as the Australian Centre for the Moving Image, Melbourne’s ACMI has just emerged from a two-year, US$30 million renovation that saw the addition of new technologies and displays to architect-designed spaces. Situated in Federation Square, it’s a dynamic and interactive shrine to screen culture, whether you’re catching a film in one of the museum’s two cinemas, attending a workshop on digital arts, or playing video games. The events roster changes, but a permanent fixture is “The Story of the Moving Image” exhibition, which features original movie costumes and props, old film cameras, TikTok clips, arcade games, and everything in between. 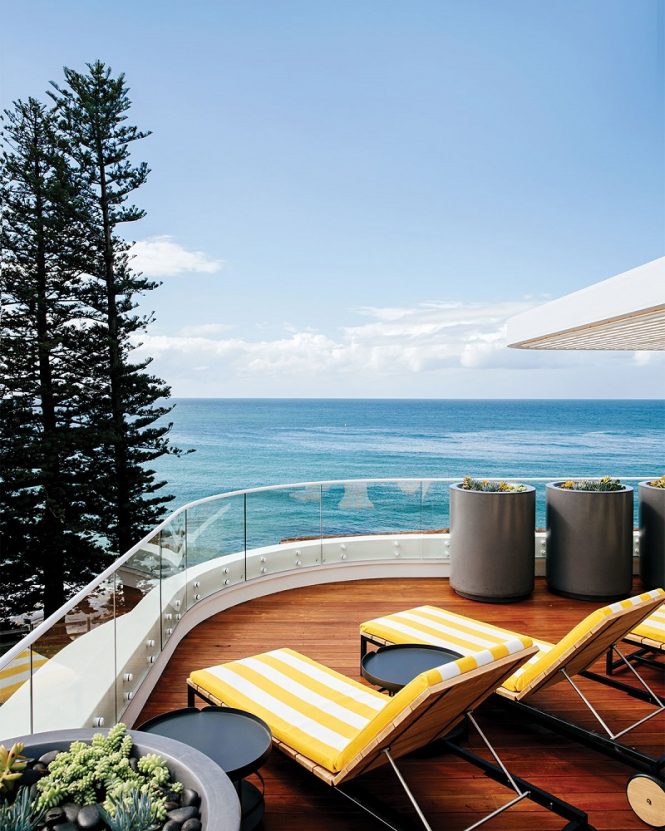 13. Check in, chill out at The Surf Yamba

Stunning beaches, great seafood, and world-class surf breaks —not for nothing has the laid-back holiday town of Yamba been dubbed the next Byron Bay. Situated in northern New South Wales at the mouth of the Clarence River, it now also has its first boutique digs: The Surf Yamba. With a curved exterior inspired by 1930s ocean liners, the hotel has just 12 rooms—all with balconies and Italian terrazzo floors—plus a rooftop terrace and plunge pool that enjoy panoramic sea views. 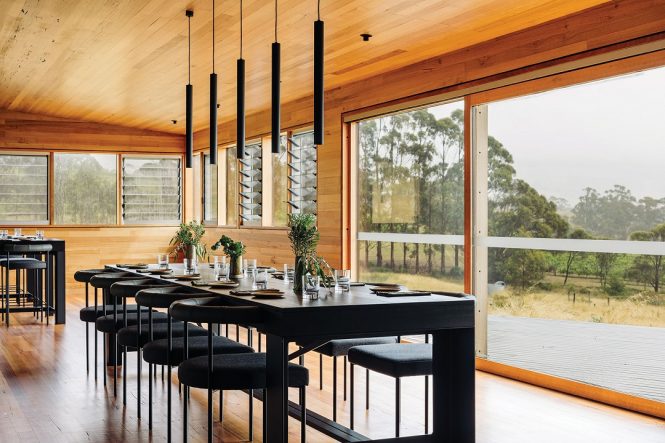 If you haven’t heard of Bream Creek, you’re not alone. This dot on the map, a 45-minute drive east of Hobart, is home to the island’s latest destination restaurant, Van Bone, whose hilltop perch overlooks green fields that stretch down to Marion Bay. The striking exterior—replete with four[1]meter-tall rammed-earth walls—belies a pared-back dining room where chef Timothy Hardy prepares an innovative 14-course meal heroing Tassie produce, whether grown on-site or sourced within a few kilometers of where you sit. 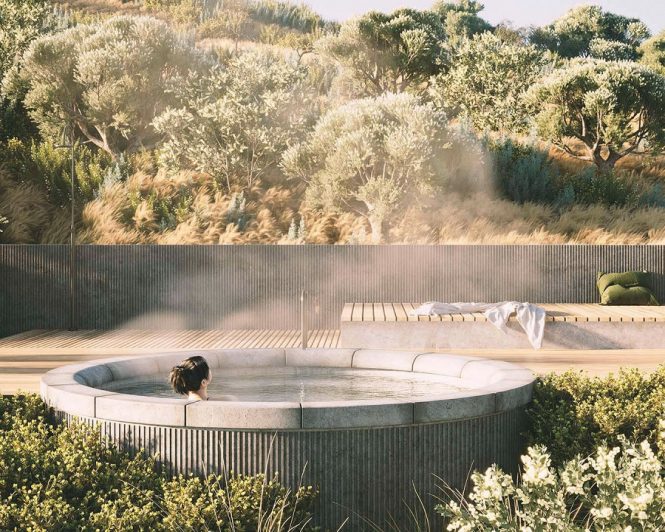 The bucolic Mornington Peninsula south of Melbourne attracts foodies and sybarites alike. The latter come to partake in its thermal waters, which, come mid-2022, will bubble to the surface anew at Alba, a design-driven wellness retreat offering mineral-rich soaks and a pampering spa. Over in the shire of East Gippsland, meanwhile, Metung Hot Springs will soon welcome weary limbs to its namesake coastal hamlet. The 12-hectare estate beckons with geothermal soaks, glamping, yoga, and spa treatments. And things are also about to get steamy on Phillip Island, where Saltwater Springs is set to feature 45 bathing pools of different temperatures. 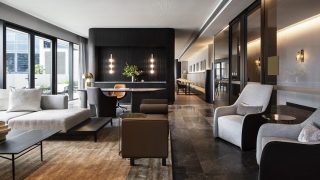 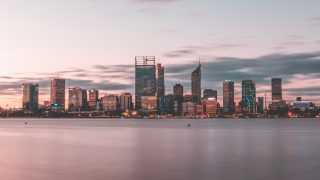 But some rules, such as a mandatory order to wear masks, will remain in place for the next eight day...

Australia to Reopen Borders from November

Residents of states that have vaccinated 80 percent of their eligible population will no longer be b...