Delhi By Foot
Run by a group of self-confessed ghoomakars (a Hindi word for “wanderer”), these heritage walking tours include everything from the oldest bazaars and shrines in Delhi to the “cursed forts” of Tughlaqabad and Adilabad.

2. Must-see Monuments
The city’s most evocative building is Humayun’s Tomb in South East Delhi. From here it’s a short distance to Lodi Gardens, whose beautifully manicured grounds are dotted with the 14th-century tombs of the last sultans of Delhi. And if you’re in town on a Thursday night, stop by the 700-year-old Sufi shrine of Nizamuddin Dargah for a Qawwali performance.

3. A Hotel with History
Located down a narrow lane in Old Delhi’s Chandni Chowk area, Haveli Dharampura occupies a recently restored and converted 19th-century mansion. It may not come with all the five-star trimmings, but it is arguably the most atmospheric place to stay in the city (91-11/2326-1000; doubles from US$168). 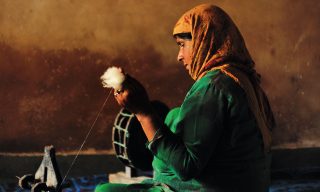 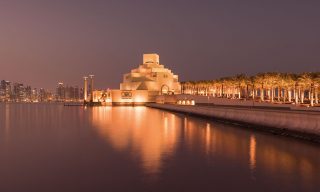 May marks a year since the passing of celebrated Chinese-American architect I.M. Pei, who put his ow...