Walking the Mars-like landscape of Teide National Park in Tenerife, the largest of Spain’s Canary Islands.

1. Teide National Park in Tenerife, Spain
Centered on seasonally snowcapped Mount Teide—at 3,718 meters the tallest peak in Spain—this arid high-altitude volcanic wonderland in the Canary Islands is crisscrossed by an extensive network of hiking trails. Try the four- to five-hour Siete Cañadas route from the visitor center at Portillo to Cañada Blanca, skirting the rock walls of the surrounding caldera past endemic red buglosses whose flowering stems can reach up to three meters high.

Hawai‘i offers a wealth of beautiful hikes across its major islands, but rain forest–clad Kaua‘i stands out for Waimea Canyon, a gargantuan 16-kilometer gorge flanked by layers of red and brown lava rock that have earned it the popular nickname “Grand Canyon of the Pacific.” Unlike its larger counterpart in Arizona, the chasm is laced with waterfalls and lush greenery. Active families should tackle the Canyon Trail, a two- to three-hour circuit that brings you to the top of the Waipo’o Falls.

The second-highest volcano in Indonesia is also one of its most scenic, thanks to a shattered caldera that conceals a teal-green lake punctuated by a smaller cinder cone. A full traverse of Rinjani requires a grueling multi-day trek, though tents, food, and other essentials are taken care of by reliable local outfitters such as Rudy Trekker. Be sure to train months in advance for the pre-dawn climb to watch the sunrise from Rinjani’s 3,726-meter summit.

Much like the Hawaiian Islands, the French Indian Ocean territory of Réunion owes its creation to enormous undersea shield volcanoes. A must-do is the hike from the town of Cilaos through the Col du Taïbit, a 2,081-meter-high mountain pass that leads into the most inaccessible of Réunion’s three interlocking western calderas. Opt to spend the night in the tiny village of Marla, or start out before 8 a.m. from Cilaos to make this a more challenging day hike. 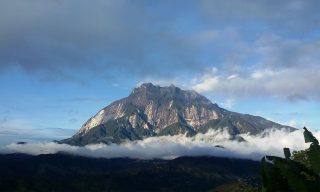 10 Picturesque Hikes to Take in Malaysia

Immerse yourself in nature at these hiking spots where lush rainforests, unspoilt beaches, and gushi... 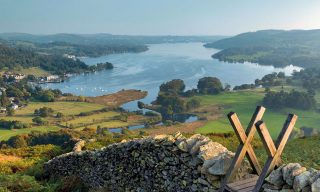 Why You Should Visit the English Lake District This Spring

Hikes around its craggier hills are a must, as is a slow cruise aboard a Victorian steamer and meals...