From the Himalayas to coastal Tasmania, here are four of this year’s most exciting ways to explore the region on foot. 1. Finding Shangri-La
Hong Kong–based Whistling Arrow is planning an expedition through the Tibetan borderlands of China’s Sichuan province from September 15–30. The aim? To forge a new route to the sacred mountains of Yading, which likely inspired James Hilton’s fictional paradise of Shangri-La. For serious trekkers only. 2. Wukalina Walk
Fully Aboriginal-owned and -operated, the four-day Wukalina Walk in northeast Tasmania showcases the rugged homeland of the Palawa people. Trekkers stay overnight in Palawa-inspired domed huts and the renovated lighthouse keeper’s cottage at the Bay of Fires. 3. Tokaido Trail
Walk Japan is introducing a leisurely trip along the Tokaido Road, the ancient highway between Tokyo and Kyoto that has become a touchstone of Japanese history and culture. The eight-day tour takes in urban areas and the rural countryside of the Pacific coast. 4. In the Footsteps of Heinrich Harrer
During World War II, Austrian mountaineers Heinrich Harrer and Peter Aufschnaiter escaped imprisonment in British India by embarking on an arduous journey to Lhasa. This June, Wilderness Travel will retrace their final crossing over the 5,800-meter-high Guring La pass, preceded by a trek to Tibet’s second-largest salt lake. 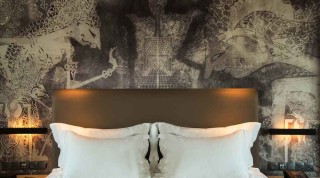