Perfect for that next family vacation, this quartet of attractions is bound to make an impression on travelers of all ages.

1. Mt. Fuji World Heritage Center
Recently unveiled in Fujinomiya city, within striking distance of Japan’s most iconic peak, this landmark by star architect Shigeru Ban appeals to both kids and adults alike. Inside, visitors ascend a spiral ramp lined with immersive displays from the first floor to an observation hall at the fifth, mirroring the experience of climbing Mount Fuji. 2. 20th Century Fox World
Malaysia’s Genting Highlands is opening the world’s first 20th Century Fox theme park in late 2018, with 25 thrilling rides and attractions based on popular movies such as Life of Pi, Ice Age, and Night at the Museum. 3. Universal Studios Japan
The Osaka theme park has introduced several new experiences as part of its annual Universal Cool Japan event until June 24. These include a virtual reality–enabled Final Fantasy roller coaster, a Detective Conan “mystery challenge,” and a 4D Sailor Moon simulation that will debut in March. 4. The Habitat Penang Hill
Opened in January as the newest attraction on Penang Hill, the 230-meter-long Langur Way Canopy Walk has been billed as the longest two-span stressed ribbon bridge in the world, taking adventurers 15 meters above the ground on a journey into the jungle canopy. 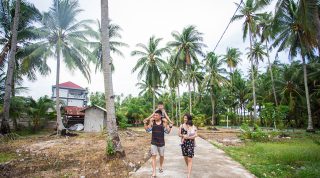 4 Ways to Have a Fun-Filled Family Holiday in Bintan 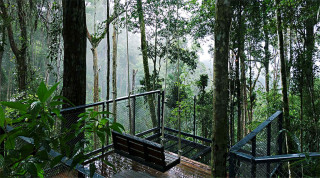 New attractions await visitors to Malaysia's Penang Hill, long regarded as a cool escape from the he...

4 Ways to Have a Fun-Filled Family Holiday in Bintan