Inkstones and jasmine petals are just some of the design inspirations behind China’s latest crop of cultural landmarks. 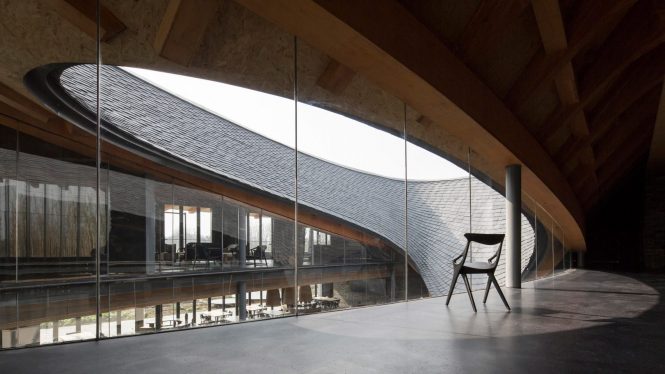 Shanghai-based studio Archi-Union Architects looked to Chinese calligraphy for inspiration when it came to designing this venue outside the ancient town of Anren, roughly an hour’s drive from Chengdu. The dynamic form of the brick structure was derived from a traditional inkstone, whose water cavity is mirrored in a central courtyard where the overhanging eaves of the slate roof sweep down to a series of reflecting ponds. 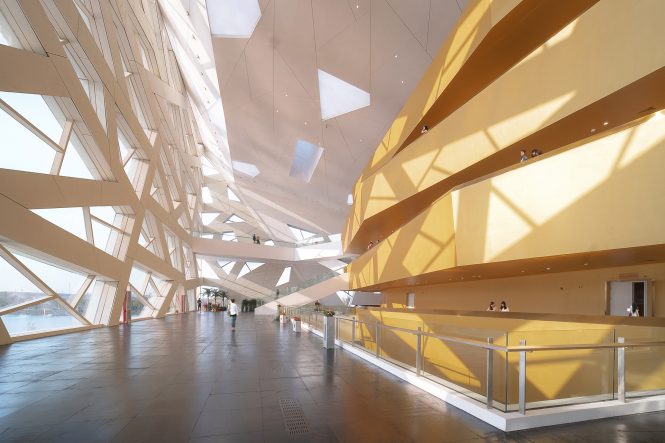 2. Hangzhou Yuhang Opera, Zhejiang
On the shores of a smaller man-made counterpart to Hangzhou’s famed West Lake, Danish design practice Henning Larsen has created a focal point for the up-and-coming Yuhang district. The building’s concrete-and-glass facade recalls the cracked-ice (binglei) pattern often seen on traditional latticework in this part of China, while its angular volumes step up from a plaza to create publicly accessible rooftops. Down below, a 1,400-seat auditorium comes paired with an exhibition center and a theater that can be opened to the outdoors. 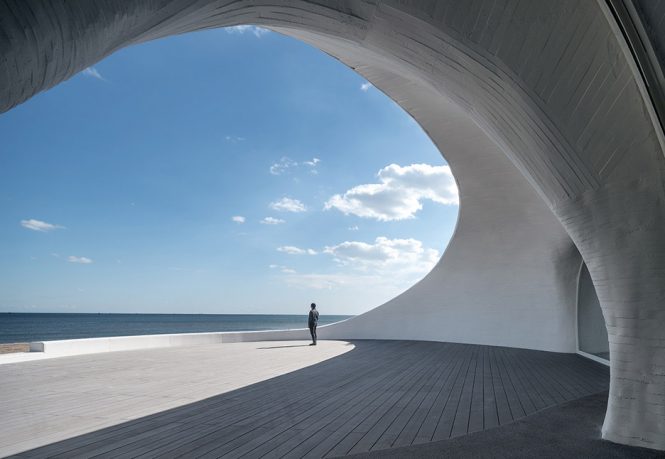 3. UCCA Dune Art Museum, Hebei
The northern coastal city of Qinhuangdao has become a playground for experimental projects by leading Chinese firms like Open Architecture, which has carved out an offshoot of Beijing’s Ullens Centre for Contemporary Art (UCCA) from sand dunes facing the Bohai Sea. Visitors will find 10 interlinked galleries, a reading room, and a café inside cave-like spaces that allude to humanity’s earliest sites of artistic creation. 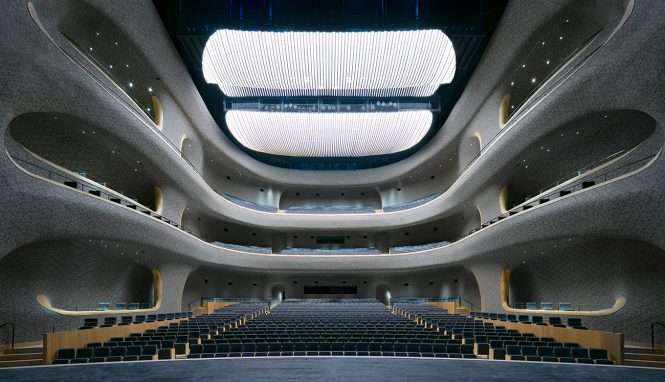 4. Strait Culture and Art Center, Fujian
When it came to designing a grand riverside complex for Fuzhou, Finnish studio PES-Architects was inspired by the city’s floral emblem—the five-petaled jasmine blossom—as well as by its history as a port from which porcelain was once exported to the rest of the world. The resulting 153,000-square-meter arts hub comprises an opera house, concert hall, cinema, art gallery, and bamboo-lined theater, each housed in a “petal” clad in white glazed terra-cotta tiles and louvers.