Whether it’s a romp through Egypt or a languid voyage on the upper Mekong, these new river cruises promise adventure and luxury in equal parts. The MS Elbe Princesse II at the German town of rathmannsdorf, en route to Dresden.

Purpose-built for navigating the notoriously shallow Elbe River and its tributaries, this sleek new stern-wheeler’s ultra-shallow draft enables it to carry passengers all the way between Prague and Berlin on eight-night itineraries that take in the dramatic terrain of Saxony’s Elbe Sandstone Mountains, Dresden’s restored Baroque landmarks, and the ancient Bohemian town of Litomerice. Onboard amenities include a lounge and bar with a dance floor, a restaurant specializing in regional European fare, and a spacious rooftop sun deck.

More information here; from US$2,365 per person.

Added to Minor Hotels’ Mekong Kingdoms fleet of river boats in May, the two-cabin Gypsy offers intimate two- and three-night cruises between the Laotian temple town of Luang Prabang and Chiang Saen in northern Thailand. The rustic-chic vessel sports thatched roofs and bamboo daybeds, plus a mid-ship lounge and dining area where the crew serves up meals and champagne-fueled high tea. Customizable shore excursions range from guided jungle treks and lao lao (rice whiskey) tasting sessions to visiting an elephant camp at the halfway point of Pak Beng.

After six years of service on the waterways of Southeast Asia, this colonial-style teak river cruiser is relocating to India for weekly expeditions up and down the Lower Ganges (or Hooghly) from December onward. Guests will embark on a seven-night voyage through West Bengal that starts or ends in Kolkata, taking in the 19th-century Shia congregation hall and mosque at Hooghly, erstwhile French and Danish colonies, and Murshidabad’s neoclassical Hazarduari Palace. Next October, parent cruise line Pandaw will deploy two more ships for regular cruises on the Brahmaputra and the Ganges as far as Varanasi.

More information here; from US$1,701 per person.

Cruising on the Nile looks poised for a comeback with the launch later this year of Viking River Cruises’ 52-passenger Viking Ra. Named for the ancient Egyptian sun god, the all-suite ship will sail from Luxor to Aswan and back on a leisurely weeklong voyage as part of the 12-day Pharaohs and Pyramids tour, balancing iconic attractions such as Karnak and Abu Simbel with less-frequented temple sites like Dendera. Most staterooms come with private verandas, though guests will be equally tempted to take in the passing scenery from the Jacuzzi on the panoramic sun deck.

More information here; from US$5,399 per person.

This article originally appeared in the October/November 2018 print issue of DestinAsian magazine (“Ply Me a River”). 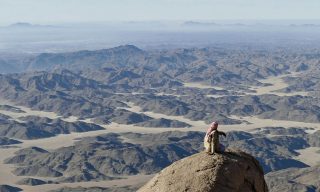 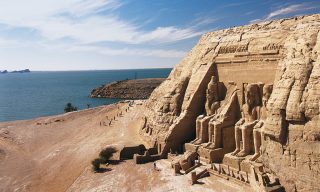 Exploring Ancient Egypt at the Temples of Abu Simbel

Thousands flock here for the biannual Abu Simbel Sun Festival, with the rest of the day spent enjoyi... 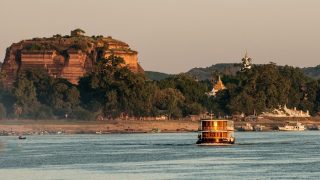 Pandaw to Restart Cruises Next September

The pioneer of small-ship river expeditions in Southeast Asia has been rescued from the brink of clo...