With an outpouring of fashion-forward and socially conscious brands, young Singaporean designers are making a splash on both the local and global scene. Here are a few names to add to your wardrobe. The World At Your Feet lives up to its name with a playful design on its casual slip-ons.

1. The World At Your Feet
Inspired by cartography and natural history, this casual vegan footwear brand is perfect for inveterate wanderers. Designer Sarah Swee’s comfortable slip-ons, sandals, and loafers are best suited to everyday exploration. “I like the idea that we are all explorers, each on our own journey—of self-discovery, personal or professional growth,” says Swee, who initially had doubts about starting the business. “But I recall telling myself one day, ‘if I had the world at my feet, nothing would hold me back.’ And the idea and name just stuck.” In June, the brand will add distressed-canvas travel cases to its lineup.

Where to find it: ELOHIM by Sabrina Goh at Capitol Piazza and here.

2. Stolen
What began as a creative outlet beyond Elyn Wong’s previous job in advertising has morphed into a label known for its beautiful, structured, and elegant womenswear. “I wanted to fill the gap for what was missing in the market—edgier backless garments for what I call alternative sexiness,” Wong says. Stolen recently took part in a collaborative art project with porcelain brand Villeroy & Boch for Wallpaper* magazine’s Handmade show at Milan Design Week (Salone del Mobile), which will be showcased in Singapore in June. Also on the cards? Private atelier sessions at its digs in members’ club Straits Clan.

Where to find it: Straits Clan, MOXIE, Nana&Bird, and here. 3. State Property
The brainchild of jeweler Ruiyin Lin and industrial designer Afzal Imram, State Property creates minimalistic, streamlined pieces with an architectural bent that feature precious metals and stones. “We create what is probably best described as fashion-fine jewelry,” says Imram. The brand won the Emerging Designers Award at the Singapore Fashion Awards 2017, and this year, expanded to Jakarta and launched its first collection of engagement rings, Gravity.

Where to find it: State Property’s atelier at 81 McNair Road, the Red Dot Design Museum, Kapok at the National Design Centre, and here. “The Man Who Fell to Earth,” Dzojchen’s upcoming line of winter womenswear, includes wrap jumpsuits like this one.

4. Dzojchen
Pronounced “doh-jen,” this androgynous, contemporary brand is all leather jackets and wearable looks perfect for a fiercely different woman—or man, as Chadwick Boseman proved when he donned a Dzojchen wool bomber for his ground-breaking TIME cover shoot. The Black Panther superstar isn’t the only celebrity fan of its crisp lines and tailored cuts; Johnny Depp and Lenny Kravitz have also been spotted in Dzojchen clothing. Designer Chelsea Scott-Blackhall draws inspiration from the idea of duality, a trait reflected in her own British-Singaporean heritage.

Where to find it: Fred Segal, Free People, Urban Outfitters, Galeries Lafayette (all outside Singapore), and here.

5. Anothersole
A recent arrival on the Singapore fashion scene, Anothersole was started last year by Phoebe Charn and her business partner Benny Chee. Charn had spent 15 years supplying footwear to international brands in a fast-fashion environment, after which she decided it was more important to invest in quality classics and avoid waste. The result? Footwear created with leathers sourced from all around the world, including a century-old tannery in northern Italy, and soles of pure high-grade rubber, making them flexible and also easy to pack. Better yet, for each pair of shoes sold, Anothersole donates a portion of the proceeds to feed a child. The brand will soon be launching a kid’s line available at Pedder on Scotts.

Where to find it: Tangs, Paragon, Takashimaya, and here. 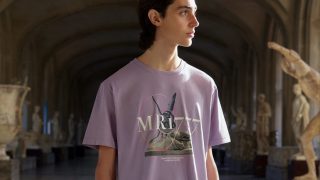