Discover breath-taking nature sites, learn about the native culture, and visit the “Island Born of Fire”.

Considered one of the most beautiful islands in the Philippines, Kalanggaman is a beach destination located in the municipality of Palompon in the province of Leyte. Its powdery white sands and clear blue skies make it a great spot for both daytime picnics and overnight camping, especially during summer from February to May. Adventurous travelers can also swim in the crystal-clear waters, snorkel amid rich marine life, and kayak around the island. One thing worth noting though—the island is void of electricity and internet signals, making it great for those looking to go off the grid.

2. Learn about the native culture at Lake Sebu

Perched in the highlands of South Cotabato, the town of Lake Sebu is home to the indigenous T’boli and Ubo tribes. South Cotabato is also affectionately called Land of the Dreamweavers, thanks to the T’nalak woven cloth produced by the tribes. As an up-and-coming tourist attraction, the town is famous for majestic waterfalls, lakes, rivers, and springs. Lake Sebu, the largest of three lakes in the town, is also the source of water for the provinces of South Cotabato and Sultan Kudarat. The best way to see all the waterfalls is to ride a zip line that passes above seven of them. Meanwhile, culture lovers ought to check out T’boli Museum and the South Cotabato Community Museum, where they can glimpse into the area’s history.

3. Marvel at the breathtaking landscapes of Batanes

The locals call Batanes the New Zealand of the Philippines, and it’s not difficult to see why. Blessed with lush, rolling hills, and spectacular seascapes, the Batanes group of islands lie in the northernmost part of the country and is bordered by the Bashi Channel and Taiwan to the north, the Balintang Channel to the south, the Pacific Ocean to the east, and the West Philippine Sea to the west. The smallest province in the Philippines, it is part of the islands located in the northernmost part of the country. Explore the islands and you might chance upon the warm Ivatan people who thrive on the subtropical climate and mesmerizing hills. Indigenous culture is celebrated through the preservation of traditional stone houses and way of life. Don’t leave without trying the authentic Ivatan cuisine, which features lobsters, grass-fed cows, and organic pork. According to the locals, native Ivatans are nationally acclaimed to be the “True Insulares” because they have maintained the purity of their gene pool through time.

Listed as a UNESCO World Heritage Site since 1995, Batad is a remote village with around 1,500 residents in the Ifugao province. Today, it is said to have some of the world’s most well-preserved rice terraces in the Cordillera region. Travelers spending their night here can stay in traditional Ifugao huts, from which they can enjoy stunning views of the colossal rice terraces. During the day, they can trek up the rice terraces and Tappiya Falls, as well as take a leisurely hour-long tricycle ride to Hapao Rice Terraces in Hungduan Ifugao – a UNESCO Heritage Site. 5. Explore the volcanic island of Camiguin

Said to be created by a series of volcanic eruptions, Camiguin is aptly called the “Island Born of Fire”. As the second smallest province in the Philippines, it is also rumored to have the most number of volcanoes per square kilometer than any other island in the world, including seven active and dormant volcanoes. If this doesn’t faze you, know that there’s plenty else to do here, such as diving, rappelling, and visiting various hot, cold, and soda springs. Among the landmarks here is the White Island, a sandbar northwest of the mainland, which offers a panoramic view of Mount Hibok-Hibok during high tide. Those with a sweet tooth shouldn’t miss out on the saccharine lanzones fruit, which is celebrated in an annual festival.

This article was brought to you by Tourism Promotions Board Philippines. 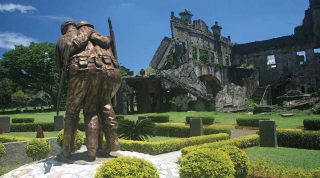 Here Are the Places You Can Visit Around Manila

If you’ve got some extra time on your hands, these scenic locales make for a quick getaway from th... 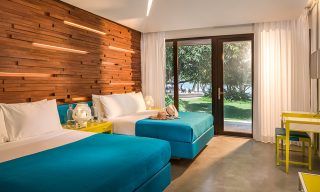 The perfect island getaway is all about experiencing rest and recreation—which is exactly the prom... 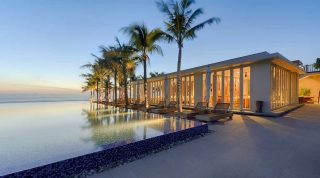 Find Your Serenity with Mastercard®

Southeast Asia is a frenetic region with a plethora of exciting things to do. But it’s also a good... 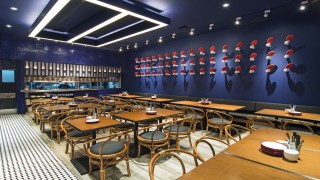 Metro Manila’s latest restaurants are blazing their own culinary trails and setting the tone for a...