Recognized for their outstanding value to humanity, these new sites unveil fascinating parts of our history.

In July, the organization convened in Manama, Bahrain, for the 42nd session of the annual World Heritage Committee and welcomed 19 new sites to the prestigious list for their “outstanding universal value.”

Among them were sacred monasteries in Korea’s mountains and a walled city in Oman.

We highlight five must-visits in Asia: Located all around the Korean peninsula, the Sansa consists of seven Buddhist mountain monasteries that date from the seventh to ninth centuries. The most unique part about these sacred spaces are the fact that they come with a madang (open courtyard) surrounded by four buildings, a design feature specific to the region. A venerated site in Buddhism, Fanjingshan is also the highest peak in China’s Wuling Mountains. It is home to a richly diverse group of flora and fauna that first appeared between 65 million and two million years ago in the isolated subtropical region. Look out for endemic plant species, including the Fanjingshan fir and Guizhou snub-nosed monkey. Commissioned by the city of Mumbai in the 19th and 20th centuries, these Victorian Neo-Gothic and Art Deco buildings were built under British colonial rule as part of an urban planning project. Having incorporated elements from Indian culture, these designs have now created an architectural style known as Indo-Deco. Uncover the journeys of the earliest Christian missionaries and settlers in Japan when you visit the many hidden Christian sites in and around Kyushu island, which were built between the 16th and 19th centuries. The Japanese converts had to practice their faith in utmost secrecy due to a ban on the religion from the 17th to 19th centuries. Situated on the eastern cost of Oman, the ancient walled city of Qalhat was a major trading port that drew merchants from all over Arabia, East Africa, India, China, as well as Southeast Asia from the 11th to 15th centuries. 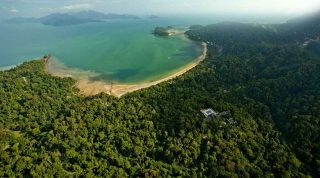 Naturalists at Langkawi’s high-end hotels are leading the charge to protect native flora and fauna... 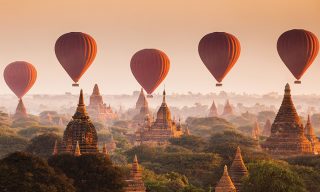 See These World Heritage Sites in a New Light

Some of the planet’s most beguiling World Heritage sites are found in Southeast Asia. Read on for ...