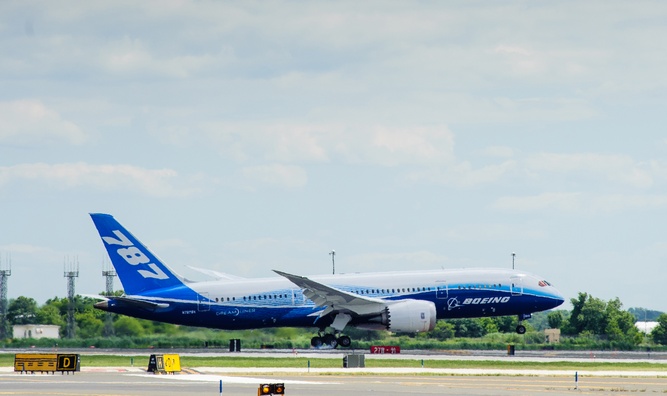 Above: Boeing predicts the market for aviation services will grow by 4 percent per year.

One of the world’s largest aircraft manufacturers has forecast that nearly half a million new pilots will be needed worldwide by 2031.

American aerospace company Boeing predicts that the greatest growth will be in the Asia-Pacific region, where an estimated 185,000 new pilots will have to be trained. The same is true for jetliner technicians– of the 601,000 new engineers necessary to maintain carriers’ fleets, 244,000 people will have to be hired in Asia-Pacific.

The growth in the aviation market will see companies take delivery of tens of thousands of new planes over the next two decades. For many, this has raised profound safety concerns over whether the industry will be able to find such a high number of pilots and technicians without compromising on safety. The early signs are worrying.

“In many regions of the world, a pilot shortage is already here,” the Boeing forecast said. “Asia-Pacific in particular is experiencing delays and operational interruptions due to pilot scheduling constraints.

The problem is particularly acute in China and India, where pilots at Air India have been engaged in a long-running industrial dispute, grounding several of the state-owned carrier’s flights.

Allen said one possible effect was that airlines would hire pilots who were technically qualified but were not made of the “right stuff.”

“If the industry is stretched pretty thin… that can result in someone getting into the system that maybe isn’t really the right person to be a pilot. Not everybody is supposed to be a pilot,” Allen said.

One response from some regional airlines has been to hold job fairs in the U.S.. For many prospective pilots there, the debt burden necessary to become qualified means their careers never get off the ground.

“The cost of getting into flying is very expensive,” Carl Davis, Boeing’s chief of pilot services, said. “When I talk to college students, if they’re coming out of a four-year collegiate program, most of them are US$150,000 to US$160,000 in debt. And that only gives them the qualifications to go be a flight instructor. If you’re making US$20,000 a year as a flight instructor you’re lucky.”

Few would argue that it is sustainable for Asian airlines to fill the gap by recruiting pilots from the U.S. or Europe.

Indonesia, for example, has recorded an 8 percent increase in the number of aircraft in the last year, and this growth will be consolidated as Southeast Asia’s largest economy progresses and the 2015 ASEAN Open Sky agreement comes into effect. But according to Emirsyah Sata, head of the Indonesian National Air Carriers Association, the world’s fourth most populous country has only 13 flying schools. The world’s third most, the United States, has 1,076.