Long overshadowed by Marrakech, this distinct North African city has shed its louche Beat-era reputation and is emerging as Morocco’s next must-see destination. Home to Henri Matisse for the winters of 1912 and 1913 and open again after many years, the Hôtel Villa de France is an ideal place to sit and pass the morning over mint tea.

Located at the very northwestern tip of Africa, Tangier is a crossroads, a meeting point of two seas and two continents. Morocco’s oldest and most international city has long attracted great powers—the Romans, Arabs, Portuguese, and English all once ruled—but also travelers; its lengthy list of notable visitors range from Sam-uel Pepys, Mark Twain, and Edith Wharton to the Rolling Stones and a generation of Beat poets. Paul Bowles loved it so much he settled here, and Yves Saint Laurent bought a cliff-side villa where he recharged between couture shows.

In recent decades, Marrakech has dominated Moroccan tourism. But that is changing. Last year, Tangier experienced a massive jump in visitors, with overnight stays up a staggering 60 percent for the first four months of 2017. Arrivals at the city’s Ibn Battuta Airport topped one million for the first time ever. The sudden increase was not the fruits of a slick advertising campaign. Rather, Tangier has undergone significant improvements in recent years that have allowed it to emerge from Marrakech’s long shadow.

Casual lunch fare on the terrace of El Morocco Club.

While lacking the easy exoticism of its southern rival—the saturated pinks and ocher colors, desert sunshine, and air rich in both decadency and spices—Tangier has retained its distinctive charm. To get your bearings, head up to the Kasbah, the walled residential citadel that crowns the ancient Tangier medina. From the high rooftop terrace of hôtel de charme La Maison Blanche, the medina’s jumble of flat white roofs spills steeply down toward the Bay of Tangier, a wide arcing expanse trimmed with golden sand. Radiating outward from the old town is the grid of the European-built Ville Nouvelle, which began to take shape at the beginning of the 20th century. To the north, across the Strait of Gibraltar, is Spain, just 14 kilometers away.

Tangier is known as the White City. Yet deep blues are everywhere: the sky, the sea, walls in the Kasbah, patio doors in courtyards, patterns on hand-painted tiles, women’s satiny robes hanging in the souk. “Blue, white, cream-tinted, but chiefly blue,” the Scottish author Sir John Foster Fraser wrote in 1911. It is Tangier’s signature color, and it overwhelms the city.

The king of Morocco summers in Tangier, a factor behind the recent developments and general sprucing up of the city. There is a new port and marina and a wide, six-kilometer-long corniche that runs along the length of the bay. And while new restaurants and hotels have sprung up, Tangier’s heritage hasn’t been neglected. Craftsmen have been steadily refurbishing masonry that dates back to the ninth century, and whitewashed walls gleam. The rooftop view from La Maison Blanche in the Kasbah.

In the dozen years that I have been visiting the place, Tangier has never looked better, nor felt as cosmopolitan. From 1923 until Moroccan independence in 1956, it was officially an “international zone” administered by a consortium of foreign powers. Today, drawn to the city’s creative energy, a new generation of foreigners are settling and opening businesses. Significantly, too, many Moroccans who immigrated to France and Spain are returning home, injecting new money and spirit into the city.

There has long been a frizzy dynamism about Tangier, a uniqueness that comes from its disparate blend of cultures. Read on to discover a half-dozen ways to explore it.

1. On the Waterfront
The centerpiece of Tangier’s recent redevelopment is the port and marina, home to the local fishing fleet, cruise ships, ferries, yachts, and other pleasure craft. To the east, the Corniche traces the generous sweep of sandy beaches that line the bay. Along this wide, curving strip are new hotels, restaurants, clubs, coffee bars, and ice cream parlors. Starting in late afternoon, it fills with families and groups of friends who amble its length.

2. Walk the Kasbah
The highlight of any visit is wandering through the narrow alleys and vaulted passageways of the hilltop Kasbah and medina. But like every great walker’s city, Tangier has countless places to stop, sit, and absorb the panorama of city life too. There are any number of cafés where you can linger over a glass of sweet mint tea, but don’t miss an aperitif and platter of oysters in the hip downstairs jazz bar at El Morocco Club, a Kasbah landmark.

3. Literary Tangier
From the 14th-century scholar Ibn Battuta to contemporary novelist Tahar Ben Jelloun, Tangier’s homegrown literary pedigree is impressive. The city has also drawn an unusually illustrious list of expat writers, including Paul and Jane Bowles, Jean Genet, William S. Burroughs, Truman Capote, and Samuel Beckett. Since 1949, the heart of the literary scene has been a bookstore, Librairie des Colonnes, which hosts frequent readings and events. The newer Les Insolites has a smaller selection of books but it doubles as an art gallery and charming café that serves lunch. A modern take on seafood couscous at El Morocco Club.

4. Café Life
“The best thing to do in Tangier is sit in the cafés and watch the people,” a longtime expat told me on my first visit to Tangier. That advice still stands. Start at the Gran Café de Paris. Opened in 1927 on the Place de France, it remains the best choice to observe the vibrant city over mint tea. In the medina, the terrace of Café Tingis is a longtime favorite and obligatory stop. For a more private drink, head for the rooftop terrace of Hotel Nord Pinus or the secluded, baroque salon at Aux 3 Portes, both in the Kasbah.

5. Cinematic Tangier
While Tangier has provided atmospheric backdrops for movies such as The Sheltering Sky and James Bond’s Spectre, it is also home to one of Africa’s great film houses, Cinémathèque de Tanger. Set in the refurbished Cinema Rif and run since 2007 by a collectif d’artistes, the space screens the best of world cinema in pale yellow Art Deco surrounds. As well, check the listings for current performances by Morocco’s two best-known theater companies, both from Tangier: Theatre Darna and Spectacle Pour Tous.

6. Natural Selection
Home to some two million inhabitants, Tangier is a crowded metropolis. Yet nature is near at hand. Just up the Old Mountain road is Parc Perdicaris, a wooded oasis with walking trails and views through its ancient pine trees to the Strait of Gibraltar (and Spain). Beach lovers will want to continue on to the Atlantic coast, where a series of long, wild strands with thundering surf can be reached in just 20 minutes by taxi from the city center. Strolling the narrow lanes of the Kasbah.

Where to Eat
The restaurant scene in Tangier is small but excellent. El Morocco Club (212-539/948-139) in the Kasbah offers creative takes on Moroccan classics, from chermoula-spiced stuffed sardines and seafood couscous to grilled squid with a puree of fava beans and lemon foam. Another standout is the fresh seafood at L’Océan (212-539/338-137) on Sidi Kacem Beach. Start with the signature tapenade before moving on to the tarte fine of marinated anchovies and then a generous serving of lobster
tagliatelle or creamy seafood risotto.

Casa d’Italia (212-539/936-348) has been a Tangier institution for decades. Set in a former sultan’s palace, the trattoria offers authentic fresh pasta, bresaola, and, at night, wood-fired pizzas. But the pick for classic Moroccan cuisine in sumptuous surrounds is the restaurant at Hotel Nord Pinus (212-661/228-140); order one of the sublime savory-sweet tagines.

Where to Stay
Occupying a stunning 14th-century Kasbah townhouse that has been in the same family for generations, La Maison Blanche (212-539/370-336; doubles from US$128) opened in 2013 after a six-year renovation with nine guest rooms. Stylish, sophisticated, and perfectly situated, it is easily among the city’s best places to stay.

The eclectic Aux 3 Portes (212-539/931-592; doubles from US$160) offers just six rooms, each charming and distinct. Tucked away on the edge of the Kasbah, the hotel has a garden, views over the sea, and a series of communal spaces crowded with antiques and interesting pieces of furniture.

For rural splendor, head to Villa Joséphine (212-539/334-535; doubles from US$405) in the Old Mountain area just 10 minutes from the Kasbah. Once the home of Walter Harris—legendary Times correspondent, confidant of sultans, and author of Morocco That Was—it was converted into a luxurious 10-room boutique hotel with lush gardens, an inviting pool, and a charming library bar. 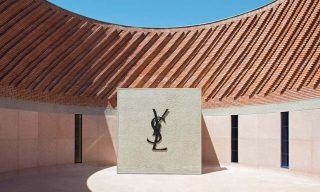 The Musée Yves Saint Laurent Marrakech was the fruition of an idea that sprang from an immensely po... 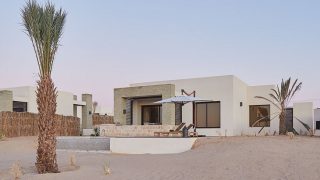 Situated on an ancient caravan route at the edge of the Sahara, Tozeur has long attracted travelers ... 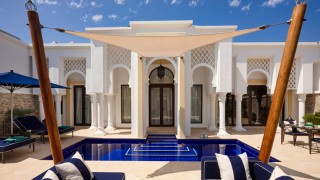 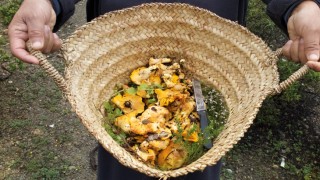 Foraging for Mushrooms in Morocco

Foraging for mushrooms in the Rif Mountains near Chefchaouen yields precious insights into the local... 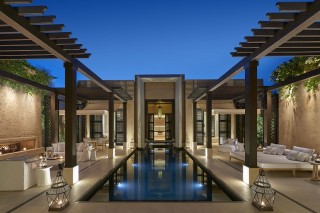 Surrounded by scenic views, the Mandarin Oriental Marrakech is set to become one of Morocco's most s...