From heritage hotels to a nature park with glowing “supertrees”, these stunning locales will give you an insight into some of the city-state’s best attractions.

From cut-scenes of the Merlion to long shots of Singapore’s glittering skyline, you’d be forgiven for thinking the trailer of Crazy Rich Asians is a promotional film for the city-state’s tourism board.

That said, the movie deserves all accolades for not only being the first major Hollywood movie with an all-Asian cast since 1993’s The Joy Luck Club, but also for being filmed in some of Asia’s most opulent locales.

Originally a Kevin Kwan novel, the Jon M. Chu film follows Rachel Chu (played by Constance Wu) who happily accompanies her long-time boyfriend Nick Young (played by Henry Golding) to his best friend’s wedding in Singapore. Chaos and drama ensue when she learns that her beau is the scion of an incredibly wealthy family.

Expect to also feast your eyes on the city’s photogenic streets and breathtaking attractions, some of which we’ve detailed here, so that you can rediscover Singapore like a crazy rich Asian on your next visit.

You’ll see lovebirds Rachel and Nick checking into the stunning, colonial-style Raffles Hotel, a filming location that’s an iconic as Singapore itself. The circa-1887 property is currently undergoing major restoration work and will reopen later this year with three brand-new suite categories. Home to the Singapore Sling cocktail, the hotel has welcomed celebrities including Elizabeth Taylor, Michael Jackson, Charlie Chaplin, and even the Duke and Duchess of Cambridge.

It’s no wonder Rachel gushes like a little girl upon landing at Changi Airport. Not only is it the world’s best airport for the sixth year running (according to Skytrax) and the gateway to Singapore, it also serves as an exciting destination for travelers. Inside, amenities including a butterfly garden, world-class shopping and dining, free 24-hour movie theaters, sleeping pods, a swimming pool, and a newly opened five-story playground that doubles as an art installation.

Pronounced “chimes”, CHIJMES (Convent of the Holy Infant Jesus Middle Education School) is a neoclassical building, which once served as a Catholic convent. Its green lawns and sprawling courtyards make the perfect backdrop for Araminta Lee (played by Sonoya Mizuno) and Colin Khoo (played by Chris Pang)’s luxurious garden-themed wedding, complete with jaw-dropping decor like an aisle lined with lush foliage. If you’ve ever wondered where the crazy rich shop in Singapore, check out Marina Bay Sands. First opened in 2010, the integrated resort features the world’s most expensive standalone casino property at US$5.8 billion. And that’s not all—the 150-meter-long infinity pool atop the building is the world’s largest. Superlatives aside, the mall and hotel is packed with luxury brands like Henry Jacques, Cartier, Piaget, and even Louis Vuitton’s only “island store.” Dining-wise, celebrity chef restaurants like Waku Ghin by Tetsuya Wakuda and Cut by Wolfgang Puck will delight the discerning foodie.

6. Gardens by the Bay

The backdrop of the film’s lavish wedding party of Colin Khoo and Araminta Lee takes place at Gardens by the Bay, a nature park spanning 101 hectares of reclaimed land. Here, artificial “supertrees” that light up at night and two domed conservatories (one features a tropical forest and an indoor waterfall, while the other boasts seasonal flowers) make for a visually arresting backdrop for the wedding reception. Aside from Singapore’s top tourist attractions, the film also shines a spotlight on some of the hidden gems within the city-state such as its booming cocktail scene. In one scene, Rachel and her best friend Peik Lin (played by Awkwarfina) enjoy a catch-up over cocktails at an alfresco bar on Bukit Pasoh Road in Chinatown. Here, you’ll find plenty of drinking holes either tucked away within traditional restored shophouses or situated on hotel rooftops with panoramic views of the city. We recommend checking out Gibson Bar for its sophisticated craft cocktails and Flagship for its whiskies.

Another charming hideaway to discover is Ann Siang Hill, a quiet enclave amid the hustle and bustle of Chinatown. It is here that Eleanor (played by Michelle Yeoh) struts down a picturesque street, against a backdrop of colorful pastel shophouses that have now been restored and turned into hip boutiques and trendy restaurants. Enjoy afternoon tea at PS. Café, a household name for classic café fare, before exploring Ann Siang Hill Park on foot. Don’t be surprised but Goh Peik Lin’s luxurious home is an actual property (though it’s not gilded in real life) in Singapore, while Nick’s grandmother’s estate was shot in Penang’s Cheong Fatt Tze Mansion. You’ll find the mansion at Cluny Park, where the gates are sometimes unlocked and you can take a sneak peek. 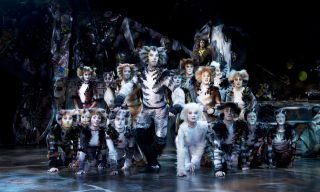