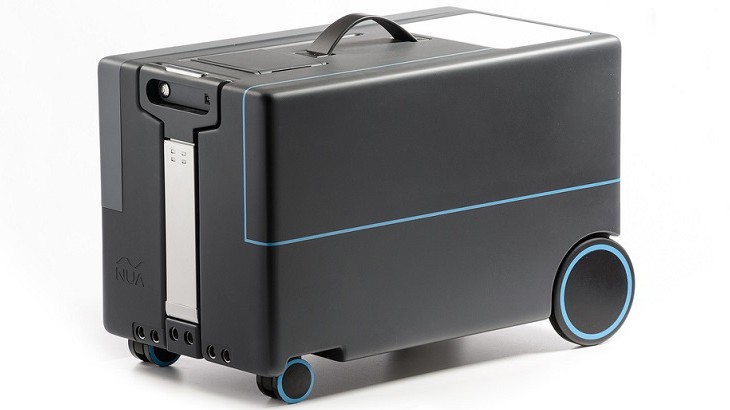 The NUA luggage weighs around one kilogram more than an average cabin bag and features a pull-put handle that can be used in manual mode.

Smart suitcases have been popping up left and right throughout 2015, but Israeli-based NUA Robotics is looking to offer something different to the game: a hands-free luggage that will move alongside its user once activated using a corresponding smartphone app. Gone are the days of running around the airport with one hand on your luggage handle, as the futuristic suitcase is equipped with a proximity detection feature that allows it to travel at the owner’s pace while avoiding obstacles along the way.  The carry-on is also packed with a handful of features, such as its own weight trackers, a GPS, an anti-theft alarm, a charging station, and a pull-out handle to be used while in manual mode. At a later stage in the testing phase, more improvements will be added to the luggage, including enhancements to the rechargeable battery’s capactiy (it currently lasts between 60- to 90-minutes per charge), as well as its speed limit. While its retail price is yet to be determined, co-founder and CEO Alex Libman says the suitcase will be ready for purchase in approximately one year.