The onetime “Moscow of the East” is arguably at its most endearing in the coldest months of the year, when residents and tourists alike brave subzero temperatures to attend the Harbin International Ice and Snow Festival. 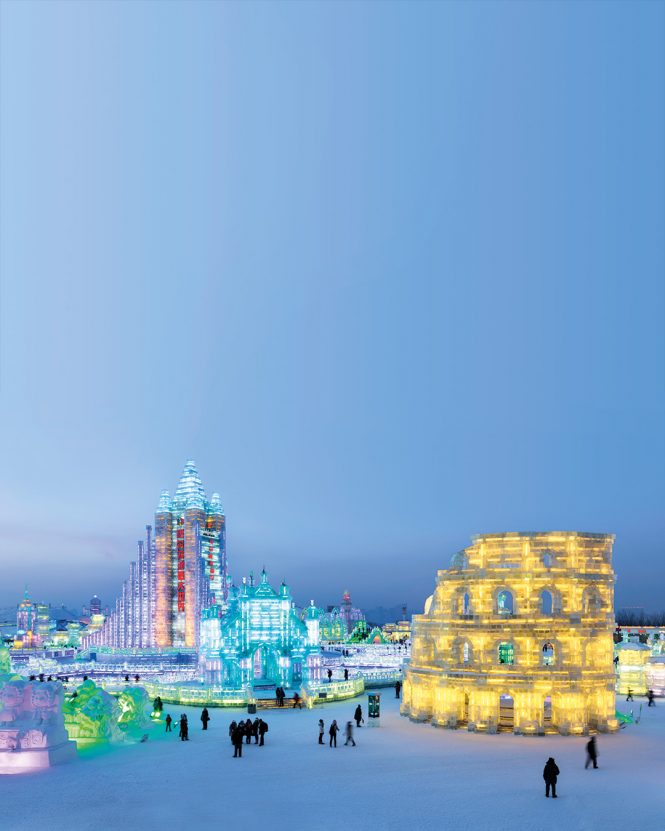 Amid the LED-lit ice sculptures at a recent edition of the Harbin International Ice and Snow Festival.

Once a tiny riverside village in the fertile expanse of northeast China’s Manchurian Plain, Harbin is now a metropolis of 10 million with a unique hybrid identity. Large-scale Russian immigration in the early 20th century has left its mark on the hearty local cuisine—evident in the prevalence of khleb bread and wood-smoked sausage—as well as the facades along pedestrian-only Central Avenue, while the city’s undisputed symbol is the onion-domed St. Sophia Cathedral.

The onetime “Moscow of the East” is arguably at its most endearing in the coldest months of the year, when residents and tourists alike brave subzero temperatures to attend the Harbin International Ice and Snow Festival. Held from January 5 through February, it’s considered the largest winter carnival in the world. Gargantuan snow sculptures and LED-illuminated ice lanterns draw admiring crowds as families take turns zipping down ice slides and go tubing on the frozen Songhua River. In the depths of Harbin’s frosty winters, you’d be hard pressed to find a more heartwarming experience.

Getting There
Two low-cost carriers connect Harbin with Southeast Asia. Scoot operates nonstop services from Singapore, and Spring Airlines flies to Bangkok’s Suvarnabhumi Airport. Those coming from Hong Kong will need to either fly out of Shenzhen or transit in Shanghai or Beijing.

Where to Stay
Overlooking the Songhua River, the dependable Shangri-La Hotel, Harbin (doubles from US$121) is just a 20-minute drive from the Sun Island Scenic Area, the main exhibition zone for snow sculptures by day, and even closer to the nighttime ice-lantern displays. 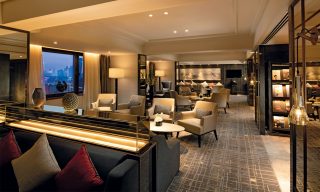 Expect 480 rejuvenated rooms and suites done up in a style that conveys contemporary Chinese eleganc...