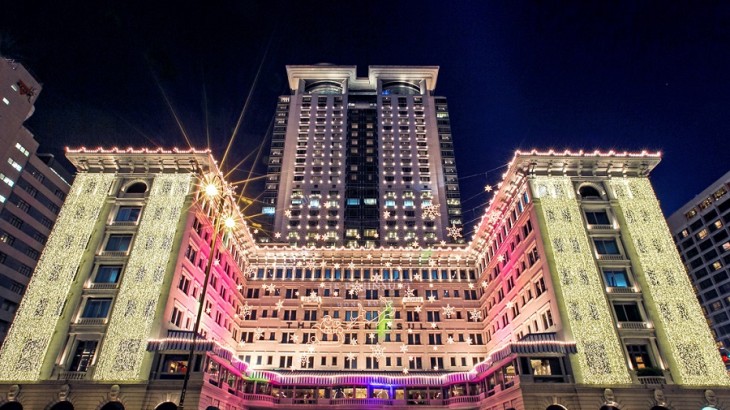 The Peninsula Hong Kong by night.

Luxury hotel The Peninsula Hong Kong will be paying tribute to the iconic fictional spy James Bond ahead of the release of Spectre, the latest film in the series which will start showing worldwide on November 6. From November 4 to December 10, a photo exhibition called All About Bond at The Peninsula will display the faces of actors who have played the character throughout the years, such as Roger Moore, Sean Connery, Pierce Brosnan, and Daniel Craig, shot by British photographer Terry O’Neill. O’Neill himself will be present as a guest of honor for an 007-inspired gala dinner at the hotel on November 4, which will feature the Bollinger Spectre limited edition bubbly . Visitors can purchase tickets to the gala for US$424.

The Peninsula Hong Kong will also be offering what it calls A Bond-worthy Stay package, which offers guests a taste of the Bond life with a dinner for two at the hotel’s French restaurant Gaddis, a pair of cocktails named Shaken Not Stirred, chauffeured rides in a Rolls-Royce and a complimentary bottle of the limited edition Bollinger Spectre  champagne. Valued at US$1,128 per night, the package is available from November 1 to 30.