Have a head for heights? These scenic cable-car rides are guaranteed to raise your spirits. 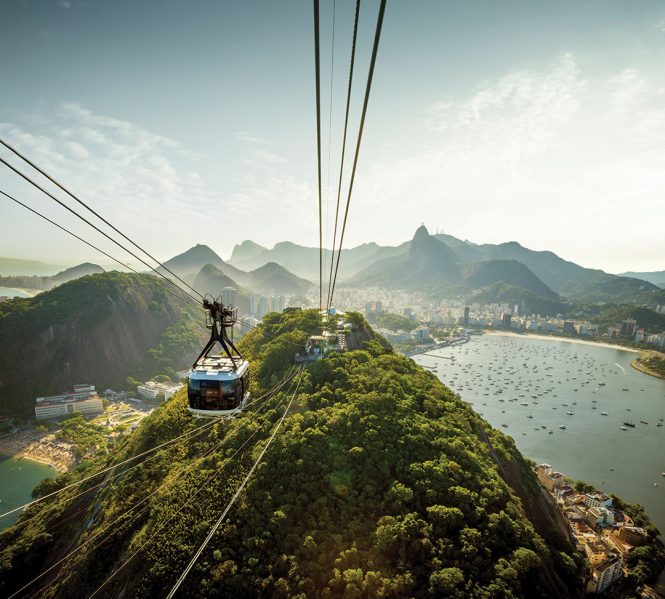 Rio de Janeiro and the top of Morro da Urca as seen from inside a cabin of the Sugarloaf Cable Car.

One of the world’s oldest passenger cableways, and the first to be built in the Americas, the aerial tram up to Rio de Janeiro’s Sugarloaf Mountain continues to draw crowds of visitors more than a century after it was inaugurated in 1912. The two-stage, six-minute ride via the lower hill of Morro da Urca reveals a jaw-dropping tableau of jungled granite monoliths, skyscrapers, and golden-sand beaches, crowned by the iconic statue of Christ the Redeemer. 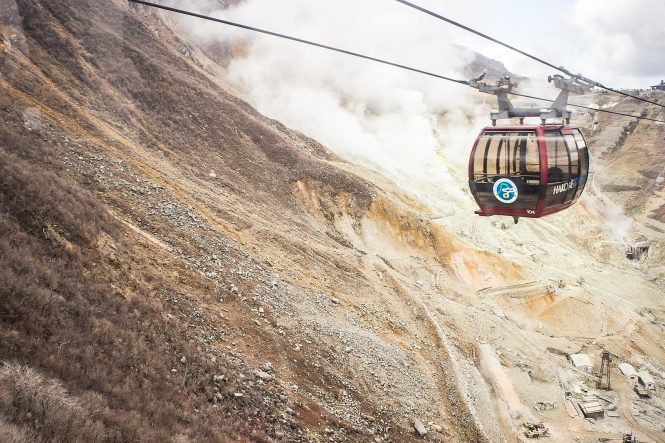 It takes roughly half an hour to glide across the mountainous Hakone area, some 80 kilometers southwest of Tokyo, on its namesake ropeway, which resumed services last October following a six-month closure. Come on a sunny morning and you’ll be rewarded with uninterrupted views of Mount Fuji. Running at one-minute intervals, the gondolas soar over Owakudani (“Great Boiling Valley”), a smoldering volcanic crater that’s best admired from the observatory right beside an intermediate station.

From the ski town of Chamonix, a thrilling vertical ascent of just over 2,800 meters brings sightseers up into the Mont Blanc massif. The 20-minute, two-part journey sees the evergreen forest give way to high Alpine scenery, traversing the Pélerins glacier en route to the final stop at an elevation of 3,777 meters, just below the summit of Aiguille du Midi. Open-air terraces here promise 360-degree views over the French, Swiss, and Italian Alps, with even the Matterhorn visible on a clear day.

Stretching almost eight kilometers over the Gulf of Thailand, this two-year-old attraction is recognized by Guinness World Records as the longest nonstop three-rope cable car system on the planet. Passengers are whisked at speeds of up to 30 kilometers an hour between the southern shores of Phu Quoc Island and Sun World Hon Thom Nature Park in the idyllic An Thoi Archipelago; the 15-minute ride offers a bird’s-eye perspective on fishing boats moored off a beachside town and the rocky shores of uninhabited isles.