The two long-haul services from Auckland are restarting next week, with both flown on 787-9 Dreamliners. 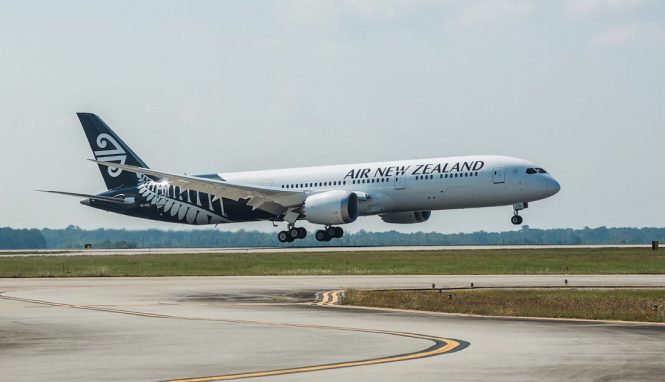 New Zealand’s national carrier is taking cautious steps to rebuild its international network by touching down once more in China and Japan—two countries that have successfully reined in the novel coronavirus. Since the end of March, Air New Zealand has been operating just five percent of its international flying capacity; the addition of Shanghai and Tokyo-Narita brings the number of overseas destinations to nine.

The airline originally ran daily services between Auckland and Shanghai, but the route has been suspended since early February, when China imposed a nationwide lockdown. These are now reduced to weekly flights, the first of which is set to leave Auckland on June 22. In a statement, Air New Zealand’s general manager of networks Scott Carr said, “Shanghai was the first route to be impacted by the Covid-19 pandemic and government travel restrictions, so it’s pleasing to be able to resume operating passenger services on this route from Monday.”

Given the strict border controls (including a mandatory 14-day quarantine and an entry ban on foreign citizens) at both ends, the weekly service is only open to Chinese nationals in New Zealand planning to return home or New Zealanders in China wishing to do the same.

This news follows an earlier announcement that the carrier would be resuming regular flights between Auckland and Tokyo-Narita from June 25, with one scheduled return service a week. Air New Zealand flew up to 10 times per week to Narita, until it suspended the route on March 30 as the virus took hold on multiple continents.

Air New Zealand’s imminent resumption of the Auckland–Narita route is a prescient move, considering the Japanese government’s interest in opening “travel bubbles” with other nations that have similarly low rates of infection. According to a report in the Nikkei Asian Review, Japan is preparing to hold talks with Thailand, Vietnam, Australia, and New Zealand on the possibility of allowing business travelers from those four countries to skip two-week quarantines, similar to the “fast lane” arrangements recently set up between Singapore and China. The Japanese government has said it hopes to roll out the scheme as early as this summer.