Under Alert Level 2, residents of New Zealand’s largest city can once again travel to other parts of the country. 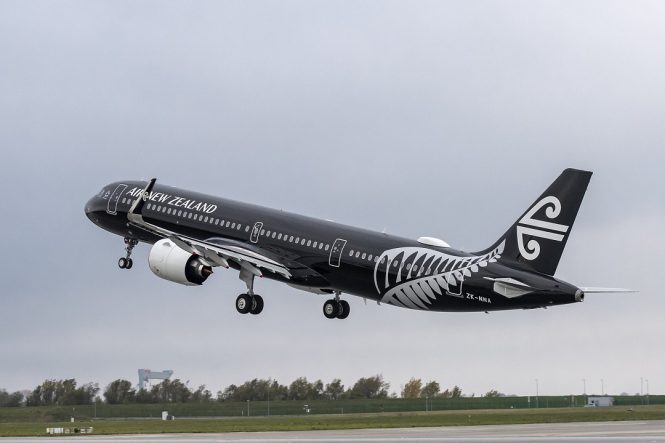 After running a reduced domestic schedule in and out of Auckland the past few weeks, New Zealand’s flag carrier has stepped up flight frequencies from its biggest hub, but with mask rules and physical distancing in place. The airline says it is now mandatory for all passengers traveling during Alert Level 2 to wear a face covering while on board. Customers who don’t have a mask will be given one by the airline before boarding.

Alert Level 2 restrictions have slashed the number of seats across Air New Zealand’s domestic network, and some customers may need to be transferred to other flights. In a press statement, Air New Zealand CEO Greg Foran said, “physical distancing means we can only sell just under 50 percent of seats on a turboprop aircraft and just 65 percent on an A320, which also means we won’t be able to offer our lowest lead in fares until physical distancing measures are removed.”

An empty seat will be kept between customers flying alone, while families and travel companions are allowed to sit together. Food and drink services on all domestic flights have been temporarily suspended to minimize contact between passengers and flight attendants, though travelers can still request a cup of water. Cabin crew will be wearing masks and gloves throughout the journey; pilots are expected to don facial coverings while moving through airport terminals. On the ground, Air New Zealand’s Auckland lounges reopened today with capacity limits of 100 patrons each.

Now that Auckland has moved to modified Alert Level 2—what prime minister Jacinda Ardern called “Level 2.5”—residents are no longer barred from traveling outside the city. Coronavirus restrictions in Auckland are slightly stricter than those in the rest of the country, with gatherings limited to just 10 people. Mask-wearing was previously the exception rather than the norm in New Zealand, but now all passengers on public transport aged 12 and above are required to wear one.