The airline is ramping up connectivity between points in Sabah/Sarawak and destinations in the west. 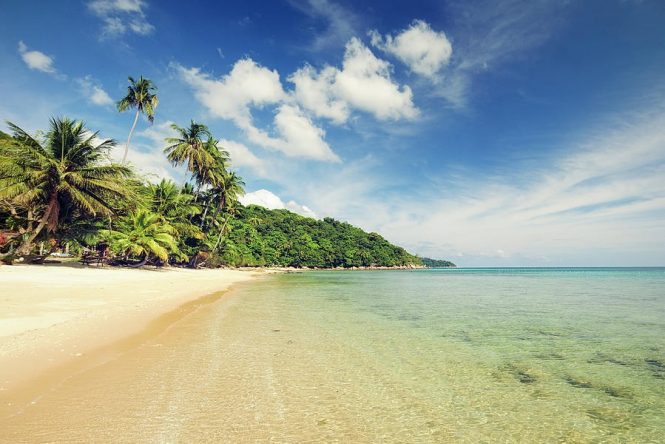 A beach in the Perhentian Islands, Terengganu. (Photo: georgeclerk/iStock)

Ahead of the next phase of Malaysia’s border reopening, its largest low-cost carrier will be adding a trio of cross-country routes in quick succession at the end of this month. Penang is set to receive a new air link to the Sarawakian city of Sibu come January 27, with passengers flown twice a week on Thursdays and Saturdays; one-way fares start from RM 139 (roughly US$33). The very next day, AirAsia will launch inaugural flight from Johor Bahru to the coastal town of Bintulu, also in Sarawak. These will be operated on weekly basis (every Friday) with tickets priced from RM 119 (about US$28). Then, on January 30, residents of Sabah’s capital can look forward to a quicker way to reach the east coast of Peninsular Malaysia thanks to the debut of a Kota Kinabalu–Kuala Terengganu route, flown each Sunday with one-way tickets priced from RM 159 (US$38). These developments follow the launch of direct flights between Kuching and Langkawi on January 5, scheduled every Wednesday and Friday.

Riad Asmat, AirAsia Malaysia’s CEO, said in a statement, “As the festive season is upon us, AirAsia is excited and fully ready to offer our guests more routes between more major cities in Malaysia. These new routes further strengthen our tourism footprint in Malaysia, providing more options for international visitors to travel between the states.” He added that the carrier was looking forward to explore opportunities to open up Malaysian airports to more international flights from elsewhere in AirAsia’s ASEAN network.

Last weekend, Sarawak rolled back entry restrictions for visitors from other parts of Malaysia. State authorities announced that those who had no overseas travel history within the past 14 days would no longer need to apply for permission to land via the EnterSarawak app. Non-Malaysian citizens who have been in the country for more than two weeks will also be exempt, though all travelers entering Sarawak must be fully vaccinated and fill out a health declaration form online.