Direct flights between Chiang Mai and Singapore — and from Kuala Lumpur to Busan — are in the pipeline. 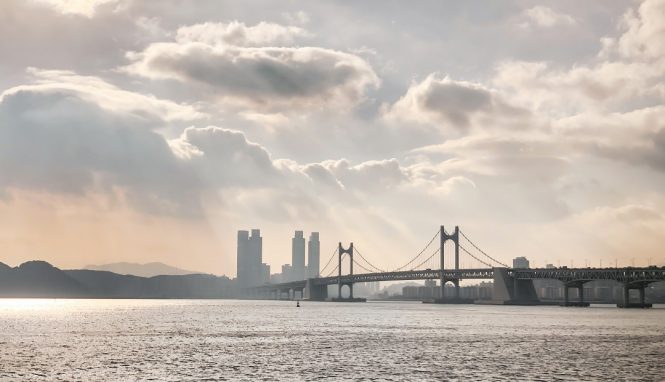 A view of the Gwangan Bridge in Busan, South Korea. (Photo: Christopher Lee/Unsplash)

Promo fares for AirAsia members start at only THB 3,390 (roughly US$95) one-way while general customers will pay just THB 3,430 (US$96). Bookings must be made by December 4, 2022 for travel from February 1 via the AirAsia Super App. Thai AirAsia serves Singapore from Bangkok Don Mueang three times a day, on top of daily flights from Phuket.

In related news, AirAsia X marked its first service resumption to the Middle East last week with the relaunch of flights from Kuala Lumpur to Jeddah, the main gateway to the holy cities of Mecca and Medina for pilgrims performing hajj or umrah. Departures to Saudi Arabia’s commercial capital are scheduled six days a week.

AirAsia X is also reconnecting Kuala Lumpur and Busan in early 2023 with thrice-weekly flights, though no specific start date has been set. For now, it looks as though AirAsia X will be the sole carrier flying the route, which was used by about 200,000 AirAsia customers in 2019. The medium-haul budget airline launched flights to Seoul this past April; services to the South Korean capital have seen an average load factor of around 80 percent. Based on strong forecast demand, AirAsia X expects the flight frequency to Busan to return to daily by the end of next year.