Following the success of its Vancouver service that began at the end of June, Hong Kong Airlines is adding a second destination in North America come December 18. Recently delivered Airbus A350 aircraft will be deployed for the flights, which are slated to run four times a week through January 12, increasing to a daily frequency after that date. December 12 will mark the launch of the first nonstop services between the Malaysian capital and South Korea’s most popular holiday isle. Flying four times a week on Airbus A330-300 aircraft, the route involves a scheduled time of five hours on the outward journey and seven for the return. Passengers wanting a little more comfort can opt for AirAsia’s Premium Flatbed seats. Until December 31, business-class passengers flying some of Garuda’s most popular routes—such as Jakarta and Bali to Hong Kong, Sydney, and Melbourne—will be treated to an Indonesian fine-dining experience curated by a quartet of acclaimed chefs. Signature dishes include Vindex Tengker’s seabass in a turmeric pickle sauce; spicy rujak chicken by Agus Hermawan of Amsterdam’s Ron Gastrobar Indonesia; Betawi-style braised beef and butter rice from Antoine Audran at Kaum; and pan-seared barramundi topped with Asian basil pesto by Chris Salans, the chef-owner of Bali restaurants Mozaic and Spice. 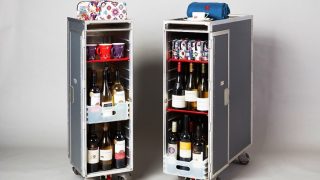 A limited number of trolleys will be up for grabs through a special sale, alongside tableware, bedro... 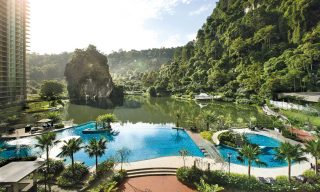 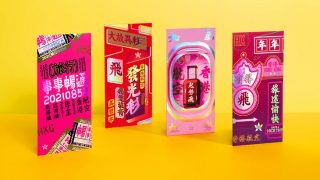 Travel-hungry residents of Hong Kong will get the chance to win these limited-edition red envelopes ... 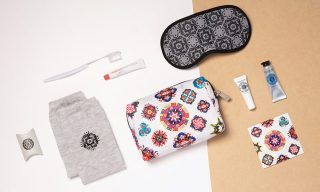 These amenity kits come decked out in classic local motifs such as dim sum, neon signboards, and egg... 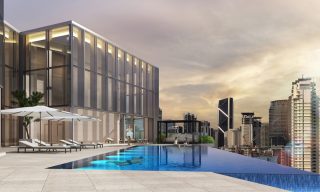