A decade after its founding, Airbnb is moving beyond its home-sharing roots with a range of offerings aimed at the luxury-seeking traveler. An Airbnb host in Japan.

“Airbnb for everyone.” Splashed up on a screen in the clean, contemporary sans serif that the company has adopted as its brand font, these words underscore the agenda for a series of new initiatives announced by Airbnb CEO Brian Chesky in San Francisco in February. It’s an egalitarian-sounding slogan, much like discount carrier AirAsia’s “Now Everyone Can Fly.” But the philosophy is rather different. As Airbnb continues to morph from an alternative accommodations provider aimed at bargain-hunting millennials into a mainstream travel brand, the thrust this year—which marks the company’s 10th anniversary—is on making inroads into the luxury travel market, wooing a more discerning clientele with high-caliber and quality-verified properties.

It’s an ambitious move for a home-sharing service that began with three air mattresses in the co-founders’ San Francisco apartment (hence the “air” in Airbnb). Among Chesky’s announcements was a new tier of luxury accommodation called Beyond by Airbnb, which follows on the company’s acquisition last year of high-end rental platform Luxury Retreats.

Details are sparse as yet—the service only launches later this spring—but Chesky, a 36-year-old billionaire, promised it would involve “the finest homes in the world” (a 16th-century villa in Tuscany, say, or a ski-in/ski-out property in Aspen) matched with “magical experiences” such as truffle hunting and cooking lessons with local chefs, all customized for guests to create the “trip of a lifetime.” On London’s Grand Union canal, this refurbished Dutch barge is now an Airbnb Plus property.

The company has also introduced Airbnb Collections, which Chesky said is aimed at helping guests find “not only the perfect home for you, but the right home for the right kind of trip.” Currently, the thematic categories are limited to family and work trips, though with more than 200,000 listings between them, the choices are already considerable, from a family-friendly cave house carved into a cliff in Santorini, to an architect-designed home in central Tokyo perfectly suited to the needs of a business traveler. This summer will see the addition of collections for honeymoons, group getaways, and social stays (defined by Chesky as “essentially when the host says they’ll hang out with the guest … perfect for when you’re traveling far away from home or alone”), followed by weddings, dinner parties, and one-of-a-kind experiences by the end of the year.

For now, perhaps most enticing for travelers looking for an upmarket Airbnb stay is Airbnb Plus, a new rental tier of “verified” homes that have passed through a 100-point inspection process covering comfort, cleanliness, design, facilities (fully equipped kitchens are a must, as are Wi-Fi and good entertainment systems), and more. Though it’s been in the works for a while, the task of sending inspectors—who are also photographers, ensuring that the online listings come with a comprehensive selection of good imagery—is time-consuming. As such, Plus has launched with only about 2,000 properties across 13 cities: in the Asia-Pacific region, Sydney, Melbourne, and Shanghai; in Europe, London, Rome, Milan, and Barcelona; in Africa, Cape Town; and in North America, Toronto, Los Angeles, Chicago, Austin, and, of course, San Francisco. The leafy entrance to a Plus rated apartment in Milan’s historic center.

Still, the promise of a consistent, quality-controlled, and trust-worthy guest experience looks set to win over travelers who might otherwise be hesitant to stay in a stranger’s home. And while the average rate of a Plus listing—US$250 per night—is well above that for a non-verified Airbnb property, it’s still competitive with what you might pay at a top hotel in the same location. It also gets you into some rather chic accommodations. In London, for example, this could be the former chapel of a Victorian school, complete with stained glass, high ceilings, and a patio overlooking the rooftops of the East End; a two-bedroom flat in an Edwardian townhouse in posh South Kensington; or, farther out, a refurbished Dutch barge on the Uxbridge stretch of the Grand Union Canal. In and around Cape Town, options range from a gorgeous whitewashed apartment on Clifton Beach to a historic Cape farmhouse in the wine-growing valley of Franschhoek.

Thirteen more cities and islands will be added to the lineup by mid-year, including Prague, Bali, and Montreal. By the end of 2018, Airbnb expects to have more than 75,000 Plus listings across 50 markets available on its revamped platform. Whether that and its other recent initiatives help make Airbnb really for everyone remains to be seen, but Chesky, for one, is a believer: he and his team expect the company’s annual guest count to hit one billion by 2028, just in time for its 20th anniversary.

This article originally appeared in the April/May 2018 print issue of DestinAsian magazine (“On the Plus Side”). 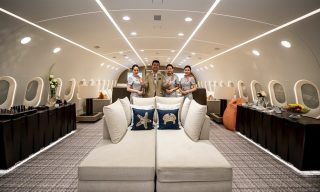 We can’t help but marvel at this video shot by aviation blogger Sam Chui when he took a tour of th... 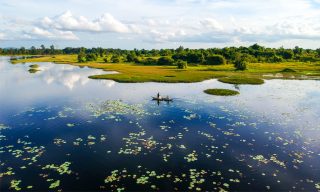 The new project is expected to feature hotel and villa residences that integrate seamlessly with res... 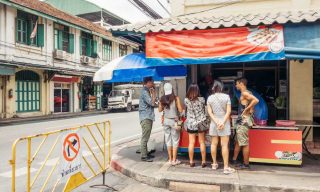 Australians are the Region’s Most Adventurous Eaters—Airbnb

Everyone loves to try a destination’s dining spots, and in the Asia Pacific region, Australians ar... 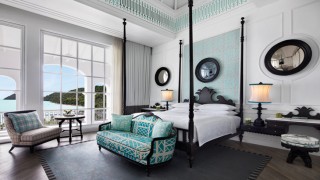 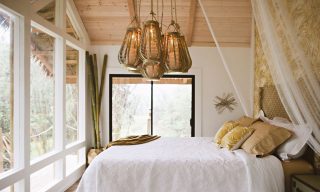 Located in the heart of a Hawaiian forest, this tree house is perched 4.5 meters above ground and fe...