A first look at ANA’s upcoming A380 aircraft, Manila to get Singapore Airlines’ new regional business-class seat product, and more. Airbus has released a photo of the first of ANA’s upcoming A380 aircraft, ahead of its expected delivery next spring. With a total of three aircraft on order, ANA looks set to be the first Japanese carrier to operate the superjumbo, which will feature sea turtle livery in different color schemes. The aircraft will feature a four-class seating configuration, with eight seats in first-class, 56 seats in business, 73 in premium economy, 383 in economy, and 60 “ANA Couchii” seats. Come July 3, Manila will be the latest destination to enjoy the new fully flat regional business-class seat product by Singapore Airlines. The airline’s newest aircraft, the Boeing 787-10 Dreamliner, is due to take over one of the airline’s four daily flights on the route this summer. The Singapore flag carrier’s new regional business class seat on the B787-10 reclines to a fully flat position, as well as offers direct aisle access from all seats thanks to a 1-2-1 layout. In line with its aim to double the size of its fleet over the coming years, Chinese carrier Xiamen Airlines is the latest airline to take delivery of Boeing’s new 737 Max 8 aircraft. Alongside the B737 Max 8, the carrier is also set to be one of the launch customers for the newest variant of the new Max series, the B737 Max 10. While the routes for its Max 8 haven’t been formally announced, the airline will mostly operate routes connecting Fuzhou with Southeast Asia. 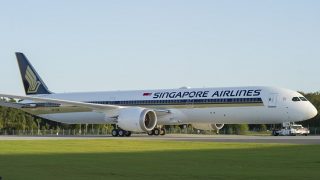