Sitting on the rooftop deck of an old shophouse he’s transformed into an interdisciplinary art space, Australian photographer Nick McGrath chooses his words carefully when discussing the potential—and the possible pitfalls—of a buzzy little scene brewing in an old residential block on the fringes of Bangkok’s Chinatown. “We’re not trying to make any statements here,” he says. “We’re not trying to be the next Thong Lor, and the last thing I want to see is for this area to become Khao San Road.”

Until recently there was little reason to explore the narrow alleyways zigzagging off Soi Nana. Not to be confused with the notorious Sukhumvit Road area of the same name, this Nana is a quiet street tucked between the Hua Lamphong train station and Yaowarat Road, the lively thoroughfare that leads through Chinatown and the heart of old Bangkok. Yet over the past year, McGrath and a handful of other expat and Thai entrepreneurs, lured by its moldering charm and affordable rents, slowly laid claim to the block, turning this unsung corner of the city’s Pom Prap Sattru Phai district into an in-the-know weekend hot spot.

“We really don’t have a goal,” claims McGrath, who lives around the corner from his gallery and event space, Cho Why (17 Soi Nana; no telephone). “Each time we do something, though, it has an effect, and probably the biggest one for us so far has been the Jumble Trail.” Jointly organized by owners of the bars, galleries, and cafés that have settled into Soi Nana’s spruced-up shophouses, the semi-regular Craft and Jumble Trails are one-night bashes featuring open houses, live music, art shows, street food, and of course plenty of booze. The most recent event, held in June, drew a crowd of hundreds, many of whom were visiting the street for the first time—though likely not the last, given the creativity and ingenuity at work here.

Take, for instance, Pure Luck Bangkok (No. 31–33; 66-93/124-5952), launched last year by Tibb Phungtham and partner Brett Casper as the city’s first kombucha brewery. Located in a painstakingly renovated three-story shophouse, Pure Luck has a rooftop garden that the two use to grow ingredients for their range of refreshing kombucha, a fermented, mildly alcoholic tea reputed to have myriad health benefits. They crank out roughly 1,000 bottles of the stuff monthly in a range of flavors that include mint-chocolate cookie, hot ginger, and raspberry mangosteen.

Nearby is Tep Bar (No. 69–71; 66-98/467-2944), where graphic designer Kong Kangwarnklai is among a group of co-founders who’ve bucked the “Westernized” bar trend in favor of a decidedly Thai focus. Staff mix handcrafted cocktails with local fruits, herbs, and spirits; a three-piece band plays traditional Thai music nightly; and swaths of solid gold paint on sections of exposed-brick wall nod to the days when Thai people encased golden Buddhas and other religious relics in plaster to hide them from enemies.

“Thais, especially the younger generation, consider everything ‘Thai’ to be outdated,” Kangwarnklai says. “We want to change that perception and present our heritage in new ways.”

After living in Spain for six years, Bangkokian Supapron Sae returned home to open El Chiringuito (No. 221; 66-85/126-0046), a small, homey tapas bar with vintage furnishings and a chalkboard menu listing items such as patatasbravas (fried potatoes) and tortilla de patatas (omelets). Street-side tables are available too—perfect for sipping glasses of housemade sangria and cult Menorcan gin Xoriguer. Up the block, Teens of Thailand (No. 76; 66-81/443-3784) is one of the latest (and most visually arresting) additions to the Soi Nana scene. Set up by a collective of creatives that includes a photographer, a musician, and veteran Bangkok barmen, this stylish bar-restaurant features a tantalizing cocktail menu refreshed daily and anchored by a top-notch gin selection.

Back at Cho Why, McGrath concentrates on interactive exhibitions like the Rear Windows project, a monthly showcase of thematic works from photographers who take part in audience-driven Q&A sessions. “We’ve all got different ideas and we’ve all brought in different things, but I don’t know where it’s going to head,” he says. “We just want to do stuff that’s fun, that can be community based, and that can bring people together.” 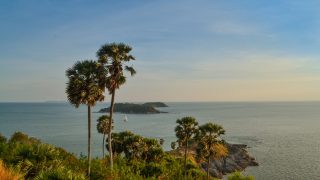 What You Need to Know About Phuket’s Reopening

Quarantine-free entry to the Andaman Sea island begins in July, but vaccinated travelers can visit o... 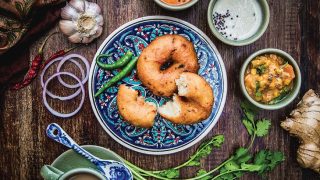 Seven of the Best Restaurants in Koh Phangan 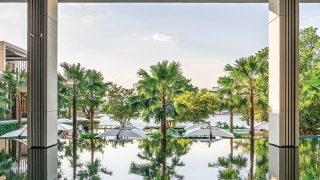 Neighboring each other on the banks of the Chao Phraya, the Thai capital’s dazzling new Capella an... 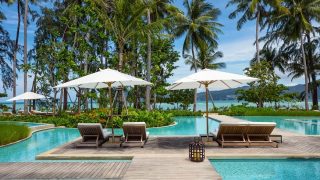 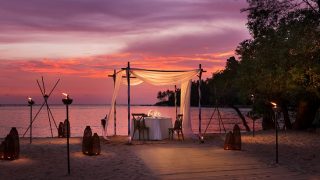 Can’t wait to return to Thailand’s favorite island destination? Here are a few properties that h...