Amanjiwo’s architecture pays homage to the nearby Buddhist temple of Borobudur. (Photo: Aman)

Amanjunkies, take heart: Aman, the hotel group responsible for some of the world’s most luxurious resorts, has just announced the staged reopening dates for its 32 properties across 20 countries.

In Asia, where the majority of the brand’s portfolio is concentrated, most will resume operations over the next two months. The four Amans in China—Amanyangyun, Amanfayun, Amandayan, and Aman Summer Palace—are already welcoming guests, as are Aman Kyoto (which never closed) and Amanemu in Japan, with Aman Tokyo due to open its doors on July 1. That date will also see the reopening of Amantaka in the ancient royal city of Luang Prabang in Laos, as well as Amanpuri, the group’s Ed Tuttle–designed flagship, which debuted on the Thai island of Phuket in 1988 as the first Aman resort.

Amanpulo, a private-island resort in the Philippines’ Sulu Sea, plans to start flying in customers on June 26. Amanjiwo, situated near Borobudur in Central Java, will open on June 19, with Aman’s four other Indonesian properties (Amandari, Amankila, and Aman Villas at Nusa Dua, all in Bali; and Amanwana, a tented camp on Sumbawa’s Moyo Island) following suit on July 1. Amanoi in Vietnam and Amansara in Siem Reap, Cambodia, remained open throughout the Covid-19 crisis. 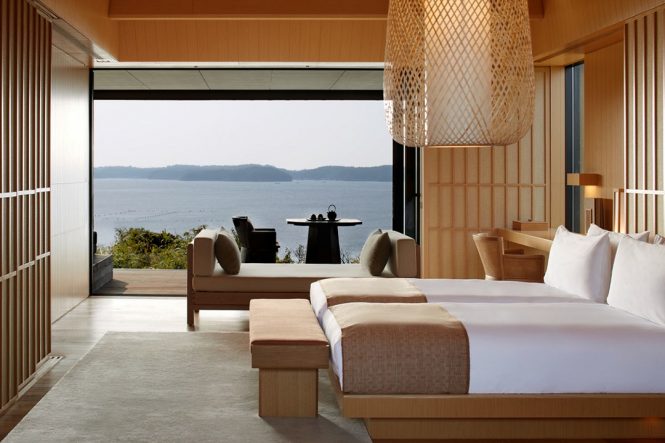 Inside a bedroom of the Nagi suite at Japan’s Amanemu. (Photo: Aman)

In South Asia, Sri Lanka’s Amangalla and Amanwella will reopen on August 1, while Amanbagh and Aman-i-Khas in India are set to do the same on September 1 and October 1, respectively. Only Amankora, a circuit of five lodges situated in Bhutan’s central and western valleys, has yet to confirm an opening date as it waits for the Himalayan kingdom to announce when its borders will reopen.

Aman recently announced enhanced health and safety protocols developed in partnership with Diversey, a global leader in providing sustainable solutions for hygiene and cleaning. But it also points to its longstanding brand philosophy as an assurance of guest well-being. “When reassessing travel in a post-Covid-19 world, it is important to go back to Aman’s roots as the pioneer in this ultra-luxury and niche segment of hideaway resorts,” the company said in a statement. “In numerous ways, the generosity of space and efforts to slow down time have always been firmly ingrained in Aman’s DNA, from the architecture and design of standalone pavilions with private pools, to the low room count and subtle service which now makes the brand a blueprint for the future of travel.” The planned reopening dates for the group’s properties outside Asia are as follows: 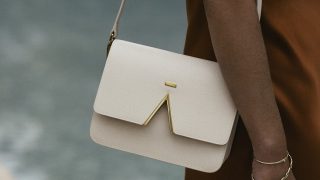